As everyone knows, Madrid is doing its utmost to prevent a planned 2017 referendum on secession in Cataluña. If not, here's The Local on the impending trial of the previous Catalan president on charges of planning an illegal referendum. So, it's not exactly surprising that Spain has immediately chucked gallons of iced water on the latest proposal of the Scottish Nationalists on Scotland staying in the the EU if the UK leaves. See this article on this 'half-baked' initiative.

What a comic that Mr Putin is. Addressing the US Democrats, he opined that You have to know how to lose with dignity. As if he's ever likely to face that challenge! He also claimed only the Russians were sure Trump was going to win. Because they know when a politician is in tune with the people. Beyond parody.

Commenting on current events in Berlin, a German friend wrote that one problem was that his compatriots were too soft. I readily agreed that this had long been their reputation . . .

Reader Perry has asked whether the Mail Online - which boasts the world's largest circulation - is in the social media box or the MSM box. I would've thought the latter but I've just read this Guardian article about how it's published a critical article on the Snopes site. Which is one of the places you can check whether what your reading is false news or not. So, perhaps the MoL is part of social media after all, with a similar degree of reliability. The Guardian, at least, is in no doubt: The Mail has made it clear in which camp it sits.

On this topic, here's an amusingly illustrative video of what can happen on social media with a false story when nobody bothers to check obvious clues as to its baselessness. From minute 36.43.

It's widely felt, of course, that discourse on social media is beyond the pale and what everyone reasonable wants to know is how to control it, without excessively infringing hard-won liberties. There's no easy answer to this but I rather think the bigger question is how to prevent imbeciles arriving at their beliefs and attitudes in the first place. Better education might be one answer. And the progressive removal of the causes of disaffection another. So, no grounds for optimism. We'll just have to grin and bear the downside of the fabulous internet.

Blimey . . . One of Pontevedra's numerous jewellers - and a new one at that - has closed. Things must have been pretty bad for them to shut just before Xmas. Of course, I did wonder when it opened how profitable it could be. But, then, I think that about every such place that appears. 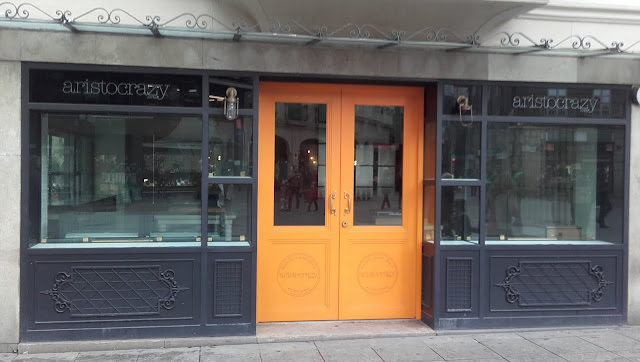 In contrast, another jewellers that opened down in the old quarter this year is still in business. Whatever its business actually is. 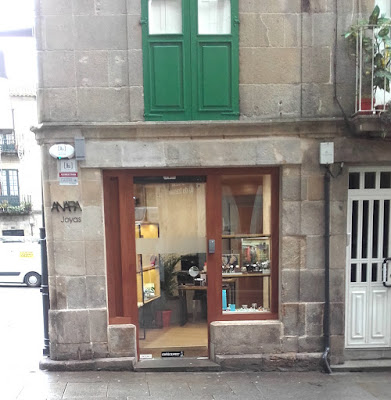 A week or so ago, my neighbour, the lovely Ester, told me they were going to spend Xmas in Madrid. So, I wasn't entirely surprised when - a few minutes before they were due to depart - she asked me to look after their large dog, Max. I told her that, unfortunately, I was due to go away myself. This wasn't true but the look on Ester's face was priceless. . . Max is a beautiful dog with an amiable personality. No match for the feisty tomcat who adopted me a few months ago. It's like the Softy and Hardy show when they get together. But there are no clashes. So, as said cat thinks it's a dog, I thought I'd push things and take them for a walk together on separate leads. Which went well enough until we got to the front gate, when Max decided to leap about in excitement. Cue hissing ball of fury. So, not a great success. And the experiment had to be abandoned. At least temporarily.

I might take tomorrow off. So . . . Have a very enjoyable Xmas Day. Spaniards, of course, will be having their second humungous meal within 18 hours. To be repeated on New Year's Eve and New Year's Day. Which reminds me . . . It's reported Galicians will be eating the lowest-calorie dinner in Spain this evening. Must be all that shellfish. Including the abominable percebes. Which used to be worthless animal fodder but now, as 'an aphrodisiac', sell at €300 a kilo at this time of year. There's one born every minute. As I've said a few times, it's like eating rubber dipped in salt water.

I leave you with this thought . . .  All modern Xmas songs were written by American Jews. I wonder if those bigoted theists who chant them realise this. It's a nice thought that they don't. 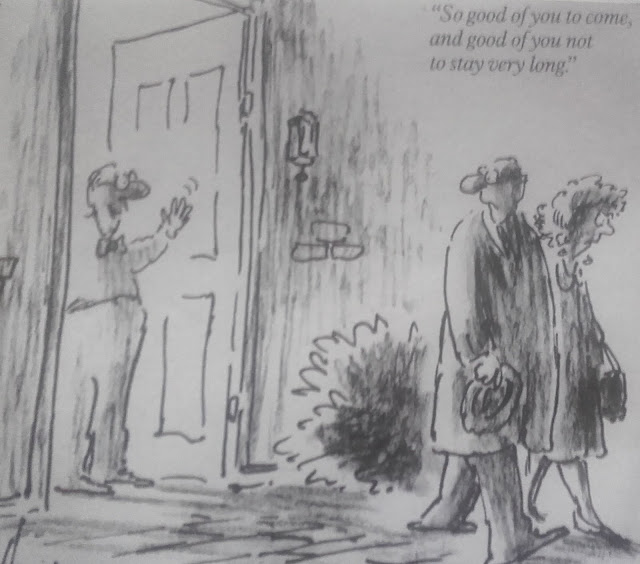 In the end, education and the acquiring of critical thinking are the answers to quite a few problems. Which is one reason why reigning governments don't feel like providing decent education. They prefer brainwashed subjects that will do their bidding without question.

I do not agree with you on percebes. I like them. In fact, I like just about all shellfish found at a fishmonger's. Except sea urchins. They do not look at all palatable.

Many thanks, Maria. Merry Xmas to you too.

I have several friends here who love percebes. My view is that you've all been indoctrinated!

In contrast, I adore zamburiñas al ajillo. And vieiras. And most other shellfish. But not navajas.

Don't think much of pulpo but will eat it.