It must cause apoplexy in the church hierarchy but, in Catholic Spain, the rate of abortions is rising rapidly. Of these, 96% are performed in private clinics and about half are on foreign women. Can this be just a question of price? Or are the Spanish clinics perhaps slightly more flexible in their application of the law?

Throughout Spain, July has seen an impressive reduction in road deaths. Except in Galicia, where they are as high as ever. One of the reasons [excuses?] given for this is that the region has a disproportionate number of townships, meaning a lot of travel for the populace. In fact, Galicia is said to have over half of the country’s 40,000 municipalities. Another reason adduced is that the topography of the place means a lot of two-lane, curvy roads. I am more impressed by this one. It coincides with the local police announcing that, since all the deaths take place on the numerous alternative secondary roads used by drivers when they’ve been drinking, they’ve now had the brilliant idea to put checks and radar traps on these as well. The fact that they haven’t done this todate explains the ludicrously low rate of 1% which they’ve traditionally quoted for drunken drivers caught in their spot checks.

Rather to my surprise, it seems the Spanish government has bowed to pressure from Brussels and allowed the takeover of a local energy company by the German giant, Eon. Albeit with conditions. An outbreak of common sense. Not to mention legality.

And talking of the EU – Spain has been ordered to repay 46m euros of grants ‘misapplied’ to wine growers. This is a lot of cash but it pales against the 86m demanded of France. Neither country has a good record of taking any notice of these ‘fines’. Which is hardly surprising, given the blatant maladministration of the funds in the first place.

The Telefonica engineer did not return today. My ADSL supplier has suggested I call them again on Monday, if nothing has happened by then. As if I wouldn’t!

Spain has a high rate of work-related mortality, especially on construction sites. A glance at the photos below may help to explain why. Not even a hard hat. 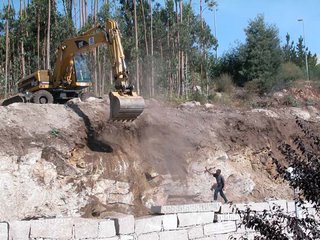 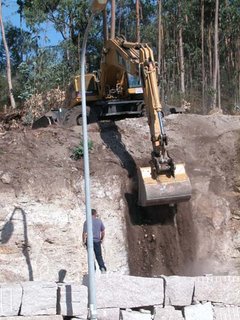