My new wi-fi internet occasionally reaches 0.9 megas. Even though this is below the 1 to 6 megas promised, I was feeling quite good about this until I read that the average in the UK is 9 megas. Or a lot more if you've got a 'super-fast' connection. One day. Meanwhile, I guess it's good I don't play games or download much.

We had an innovation down in Veggie Square today. Well, a triple innovation in fact. A lady accordionist who sang, accompanied by a clarinettist. I was so overwhelmed by the novelty that I broke my rule about not giving anything to an accordionist.

We also had a charanga – a manic brass band - who made more noise than I'd have thought possible for ten to fifteen minutes. Things weren't helped by my friend Jon making 'ironic' calls for more which were misinterpreted by the musicians. Who, surprisingly, don't have an English sense of humour.

There are a number of word duos in Gallego and Spanish like Forno and Horno, in which the former has retained the Latin F but the latter has turned it into an H. Living here in Galicia, one bumps into them all the time. Farina and Harina is another example. Anyway, I thought of this today as we walked past a shop called FERPES.

In Combarro last night for their Mussels Festival, I bumped into the owner of what was for years my favourite tapas bar. The bad news was that he confirmed the place had closed as he'd retired. The good news was that he gave me a big hug and I reciprocated. This has happened to me several times since I got back and my suspicion is that I couldn't have dealt with it when I first came to Spain twelve years ago. Now, I'd be devastated if men didn't hug me! At least if we hadn't seen each other for a while.

I've just spent 10 minutes trying to get the plastic cover off the top of a bottle of Ribeiro to get to the cork. Will Spanish wine producers convert to screw tops in my lifetime? I rather doubt it. Customer preference doesn't really count.

Back to life in the raw . . . I was using the urinal in a bar yesterday when I noticed the seat of the adjacent toilet was up. As the place was too small to accommodate adjacent members of the male fraternity, my conclusion was that someone had actually preferred to use the toilet. I couldn't understand why but then this morning I walked into an aseo behind a guy who went straight to the toilet, leaving both urinals for me. It's an odd world.

And a query: Does anyone know whether Poner una tuna means something unobvious?

Finally . . . More examples of the failure to get a native speaker to cast an eye over the English version of the Spanish original.

In this one, the Spanish word singular is translated as peculiar. Twice. 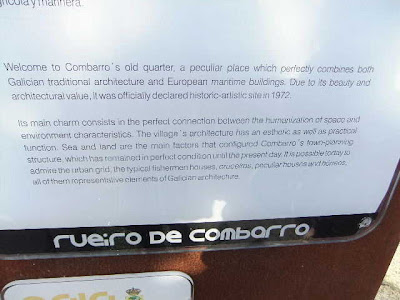 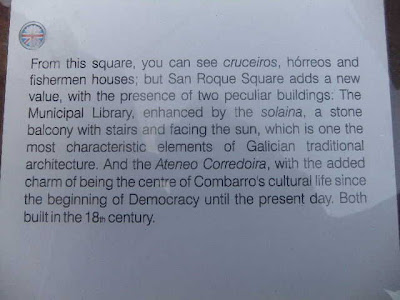 And here's the old favourite 'backside'. 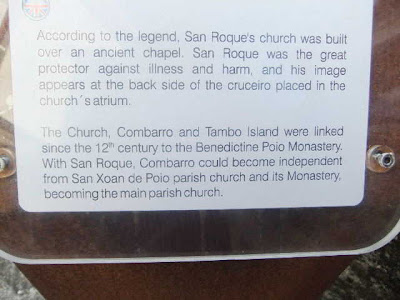 "We also had a churanga."

The correct spelling is charanga.

Thanks. Funnily enough, I'd discovered this mistake when checking on the meaning of the word but then forgot to change it.