Spanish citizenship; Buying property in Spain; A cry of pain; A visiting child; & Another foto of the other child.

If you live in Spain and might possibly want citizenship one day, you should see how you get on with these (bizarre?) questions from the test given to applicants.

And if you're thinking of buying property here, you might like to see this comment from Frank Chalk, who usually comments on British educational aspects. Possibly a tad controversial.

The Entertainer Online: Goodbye (and Thanks for all the Fish)

Spain is a great place to live and many foreign residents would love to continue to stay here. But . . . The country has so many problems - so much corruption, stupidity and unfairness (see the story about the new 'Exit Tax' from Hacienda over at 'Business over Tapas').

Here's part of a letter I got today: " . . . We're now making preparations to start down-sizing and selling up next year. We've had enough of all this shite . . . so have the neighbours. They're selling up too . . . "

An obscure Marxist party will probably win the next National Elections, since the mainstream politicians are - in large part - thought to be venal and corrupt (and appear to have no plans to change this reputation, beyond a senior PP figure saying today that they would be prepared to enter into a post-electoral coalition with the PSOE - rather confirming the suspicion that it doesn't matter who you vote for). Unemployment, down slightly this month, is still unacceptable at 24%, with 35% in socialist-run Andalucía.

Meanwhile, demolishing British-owned homes in Almería does not, to use the old American catch-phrase, 'play well in Peoria', leading to a massive disinvestment from northern European settlers.

Such a wonderful country: such a mess.

I suspect this cri-de-coeur reflects the fact that things are far worse in the South, where there are so many more expats and where they're played for suckers by local politicians and professionals - in line with the old adage that he who doesn't take advantage of a fool is an even bigger fool.

But here's a piece of undeniably good news - Bob Geldof is to perform in Vigo later this month. This cheered me up no end. Not.

And here's a paragraph which speaks for itself . . . A film featuring African masks, choreographed Marxist theories, an IRA volunteer and comedic bottles of tomato ketchup has been declared the most invigorating work of art at this year’s Turner Prize. Duncan Campbell’s 'It for Others', a 54-minute sequence with no conclusion, baffled most critics but won praise from judges, who described it as “an ambitious and complex film which rewards repeated viewing”. It also, of course, speaks for the state of art and artists. In the UK at, least.

Finally . . . My daughter the nag: My (wonderful) elder daughter, Faye, is staying with me at the moment, while tenants occupy her flat in Madrid. Apart from indulging her immense creative abilities (writing and painting), she's also moonlighting as a pseudo partner:-

Did you have anything to eat today apart from ginger biscuits and pizza?
Yes, some chocolate. And some squid.
Oh, that's alright then.

There's a used cotton bud on the table.
Yes, I've just used it.

[Looking at my peas] Are those your vegetables for the week?

Is that apple core finished then?
Yes.
Bit of a difference between a bone you've chewed and that.

Han & Her Adoring Gran (not to mention her proud aunt) 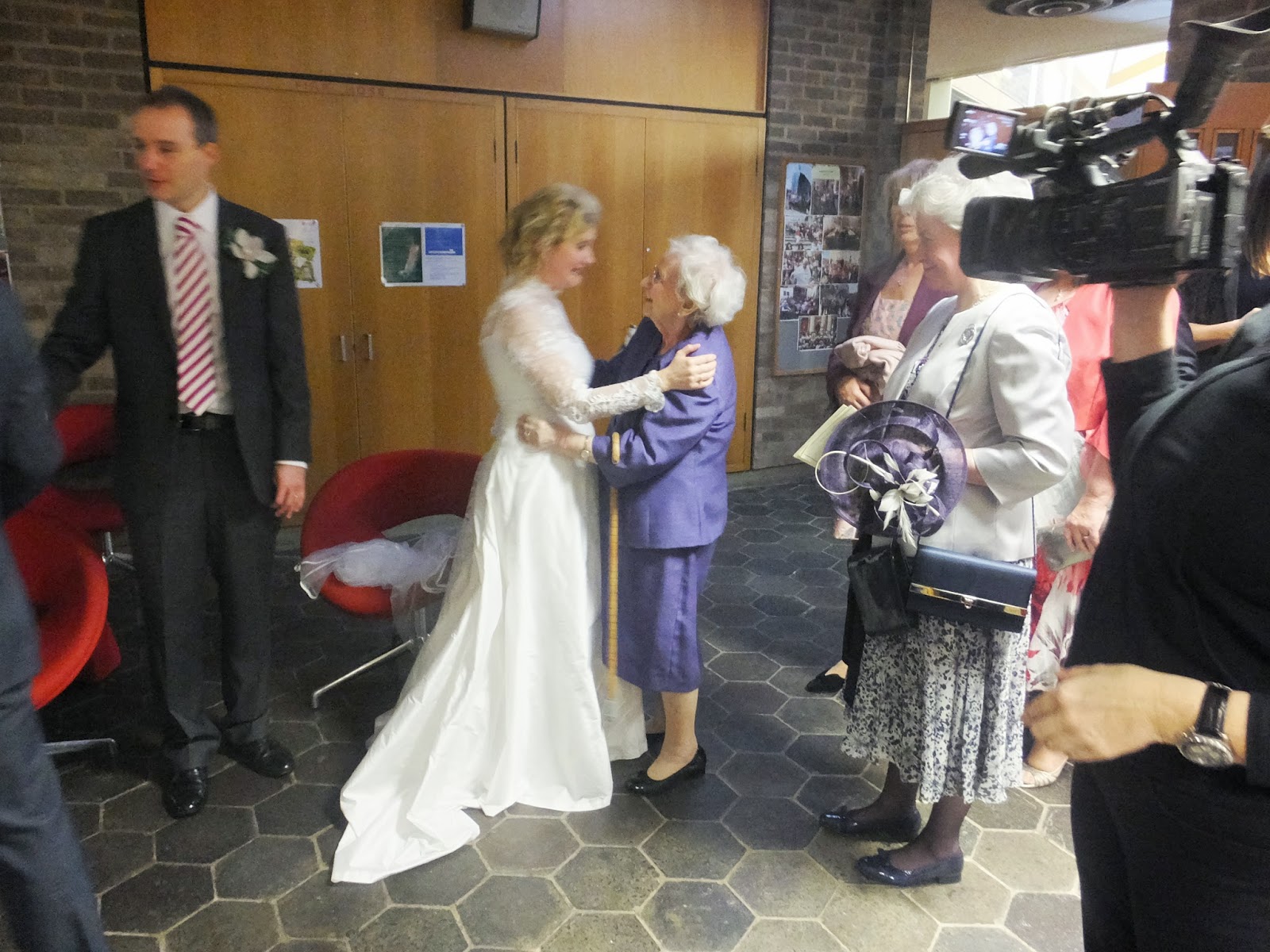 Hahaha!I don't think Faye will appreciate you calling her a nag. Afterall, she's just looking after your gastronomical needs. Maybe she needs a husband and children of her own - but don't tell her I said that!!... the bane of every single woman's existence, comments like that. Trust me, I know :/


Ms Azra: you should hear what he calls her to her face…!

Or me, for that matter!