If you can understand what's happening in respect of Greece, you're a genius. Or a self-opinionated idiot. Our friend Ambrose make these comments:-


My own concern is that rival teams of utterly theoretical economists (are there any others?) and power-mad politicians are slugging it out while kids rifle the rubbish bins of Athens. And my question is - Can anyone believe this would have happened without the euro?

After years of exposure of corporate and political corruption on the part of apparently immune members of the establishment, corruption is now second only to unemployment in the list of concerns of ordinary Spaniards. Ahead of terrorism, the economy and healthcare. This is quite a change from, say, 15 years ago when a Spanish friend laughed off a huge flax fraud as something that went with the Minister of Agriculture's turf. Relatedly, I've been wondering recently whether, when corruption is endemic and ethics have been utterly corroded, it really ranks as corruption. As opposed to a cost of doing business, on the one hand, or as a salary supplement, on the other. I used to have similar thoughts in Iran and Indonesia. Whatever, things do seem to be changing for the better here. Even if the last generation of crooks are more likely to see the inside of a Swiss bank than a Spanish prison.

I've mentioned my current translation task and my resort - for speed - to Google Translate. As I've said, this seems to have particular problems with Spanish. For one thing, it dithers over proper names - sometimes ignoring them, sometimes fully translating them and sometimes only half translating them. As with Our Lady of La Paz, El Portillo of Betrayal and El Convento of the Transit. Then, of course, we have its problems with personal pronouns, as in He became a quarry, of a ruined church. What fun.

Spain is less and less different: They said it would happen though I, for one, didn't believe them. But the state TV channel is bringing its prime time slot forward one hour - to 10.15pm - in order to allow viewers to get the sleep previously denied to them by the country's crazy horario. This, by the way, is the starting time, not the finishing time. The latter will still be around midnight. But small steps . . . Now for (Franco's) wrong clock and the 3 hour midday break.

Before the new-style dental surgeries came along - and friends tell me Pontevedra is no exception - there were the glitzy new opticians. Of which this is one example. 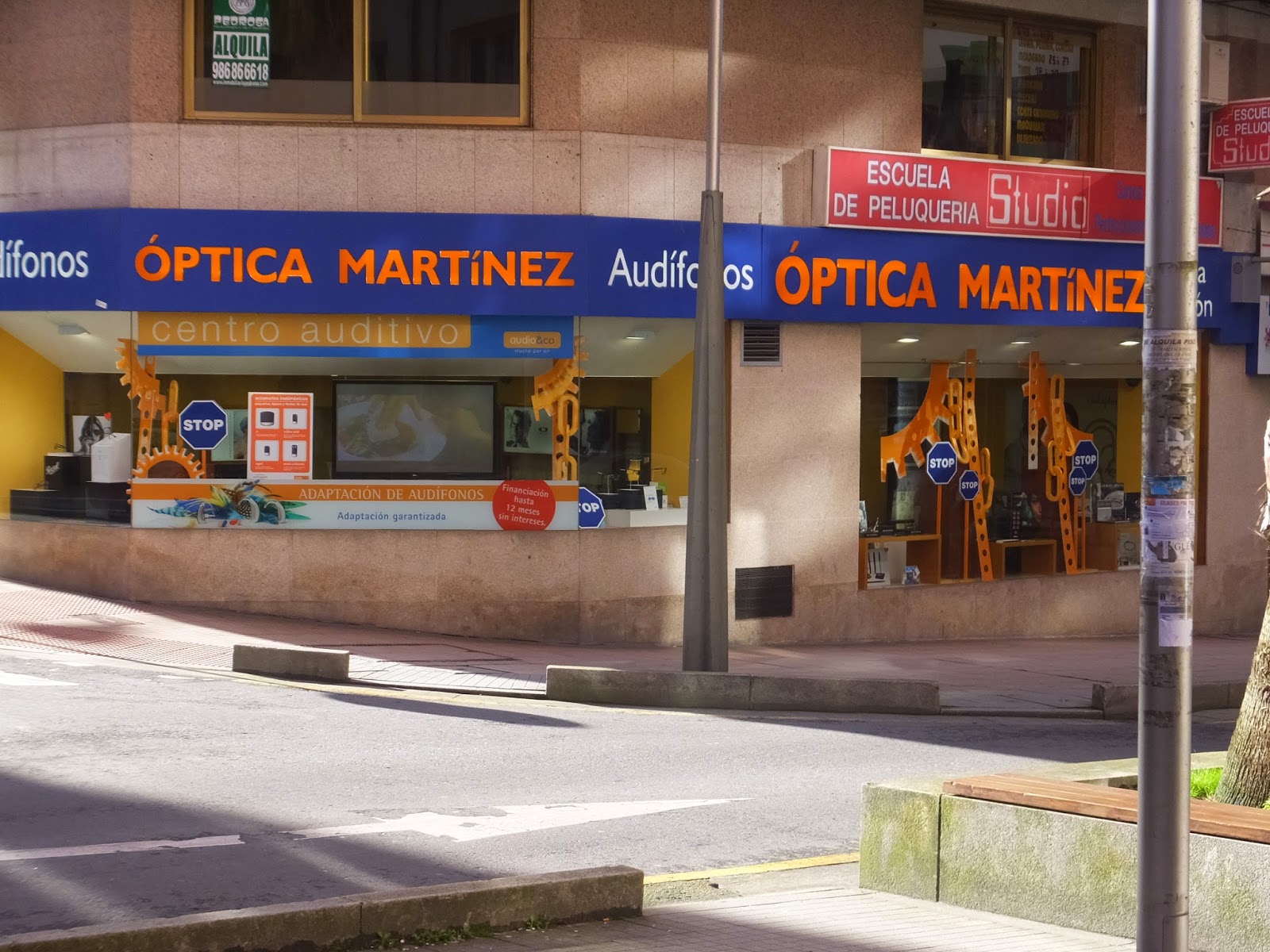 Here in Galicia, we're all convinced they're fronts for the laundering of the profits of our thriving drug smuggling industry. Which probably doesn't figure in our GDP.

Finally . . . If you're a blues fan, you'll have heard Howlin' Wolf's version of Goin' down slow. But here's the earliest (1941) version on record, by St Louis Jimmy. One version backed by great guitar and the other by excellent piano. It was the latter sort of stuff which inspired me to take up the piano 6 years ago. With no obvious success. But I do now know the difference between 8 and 12 bar blues. It's 4 bars. Incidentally, you'll find many versions of this song on Youtube, both by the very famous and the very unfamous.
at March 01, 2015