There are billions of bikes, many of them parked inside or outside the main station. In some cases, they're placed on top of each other. So, it's little wonder that they breed. Here's just a few of them relaxing in the (very) occasional winter sun. More often bathed by the winter rain: 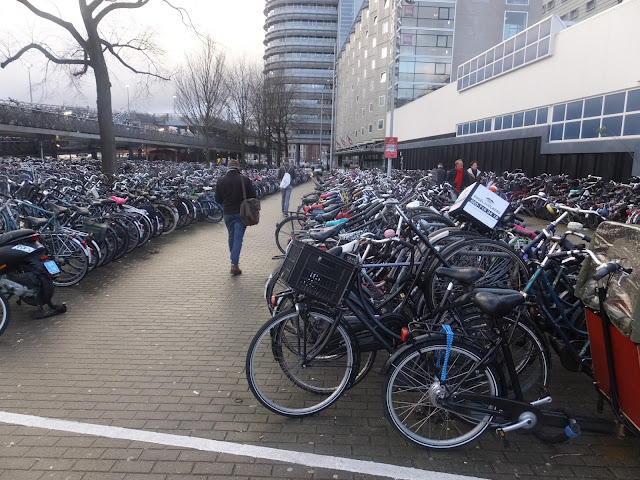 I'm told no one ever forgets where their bike is but I don't believe it. The two-storey building on the left is not, by the way, a car park but a bike park. Probably the multi-storey building at the back is as well. Bikes like light, hence the windows.

After passing the bikes and negotiating a nexus of cars, trams, buses and bikes in front of the station, I find that Amsterstam is a city of love. A neon sign on a bridge tells me that "I LOVE YOU" and, on the top of a building to the left, I'm advised that both God and Jesus love me. Maybe that's why I don't get hit by anyone or anything.

I pass a place called HOTEL NEUTRAL, which doesn't seem to me to be the most enticing name I ever saw. Perhaps it's for those very modern ungendered folk who don't want to be either male or female.

This, astonishingly, is a shopping centre. But it must have been something else - a department store? - before it was converted. As I was about to take this foto, some Dutch royal - possibly ex-Queen Beatrix - drove past in a motorcade. We waved at each other, of course. 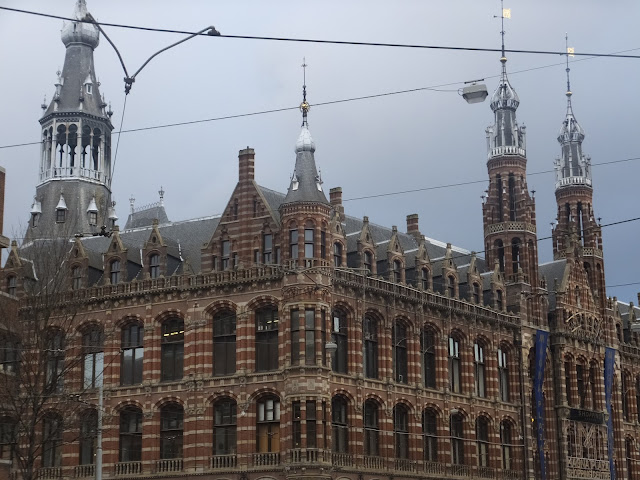 As everyone knows, this is a city of canals. And quite beautiful they are, too. Even in the winter rain and wind. Here's the obligatory foto, taken with freezing hands: 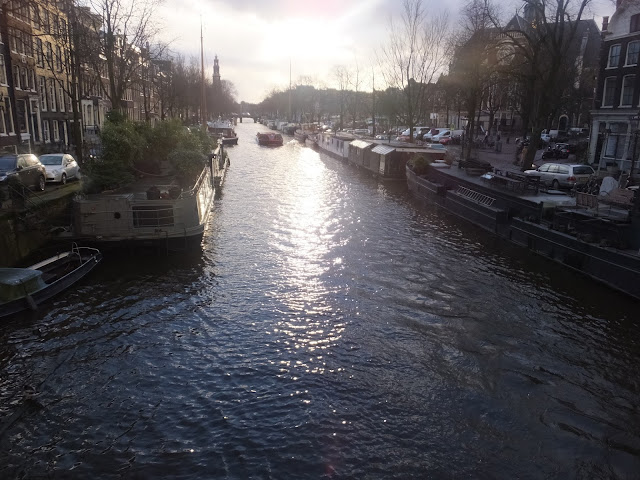 And here's an old boat I particularly liked: 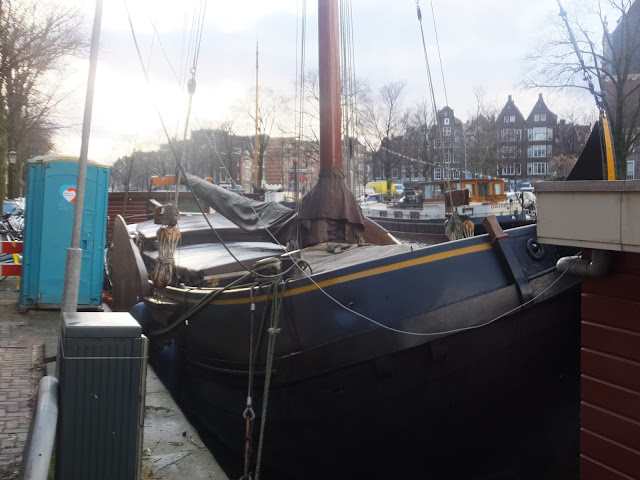 The choice of international restaurants is wide here. Looking for as Asian option, I lucked into a little place called NOOCH, where I had a superb Balinese chicken. See my Tripadvisor review, which I'll write/I wrote at the airport today.

There are also plenty of cafés, of course. I only realised the one I'd chosen was a hated Starbucks when the guy in front of me was having his name written on a styrofoam cup. So I promptly left and went next door. And had the choice of a croissant made with butter or with something else. Which is an offer one never gets in Pontevedra. It's all pig fat there, in case you didn't know.

Finally . . . Here's a discarded champagne cork in a puddle of rainwater in Haarlem's main square. A fitting symbol of my departure from this lovely large town/small city. 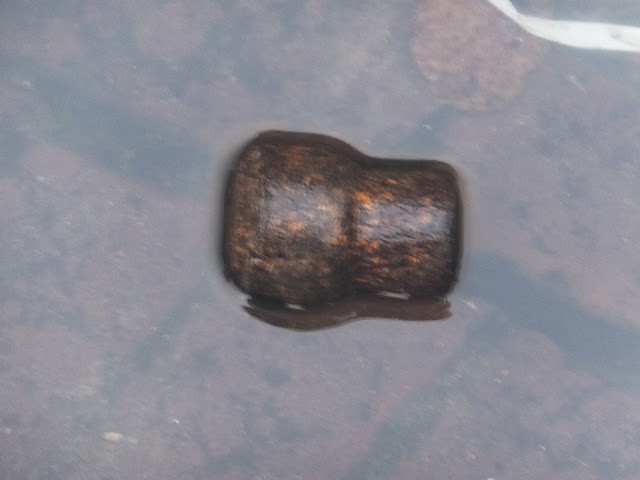