Spanish Society: So, is it as corrupt as some say? Or is it only – as a Spanish reader once said – merely a country of low ethics?

Well, there can be little doubt that, at a macro level, Spain is extremely corrupt as regards the corporate-political nexus. Witness its (worsening) ranking with Transparency International. And the endless (and admirable) litany of accusations, arrests, trials and sentences. The latest example of these is a Catalan family accused of defrauding the Tax Office – i. e. we Spanish taxpayers – of hundreds of millions of euros. And who've just been permitted to escape jail by paying back a mere 93 million of these. Witness, too, the recent news that Spain was bribed by Churchill to stay out of the Second World War. Doubtless some would argue that today's politicians are no less corrupt than they were in the 1940s.

At the micro level of everyday life, it's certainly arguable that there's no corruption; you never have to pay someone for something you're entitled to. But cronyism and nepotism will certainly impact on your life, as you are pushed down various queues. And you will certainly pay more for everything because the already very rich are avoiding and evading taxes on a monumental scale. And because corporate overheads frequently include bribes to politicians. Or always in the construction sector.

That said, it's more true that you will be hit far more obviously by low ethics. The end result of the latter is that no one here trusts anyone they don't know. And quite a few of those they do know:-
One very obvious exception to this is the wonderful trust-based system of paying for drinks in bars and cafés only when you leave. Which, being an exception, tends to prove the rule that no one is to be trusted.

So, is Spanish society corrupt? Make up your own mind.

Galician Literature Now available in English:
Incidentally, Amazon tells us that the former is in neither Galician nor Gallego/Galego but in Gallegan. This is a new word to me but it seems to exist. Though only as a noun, not an adjective.

Finally . . . The Oporto metro. Very clean and efficient. But can anyone tell me what happens if you don't take your ticket from the machine and then 'validate' it before you go down to the platform?Does the ticket spontaneously combust? Or you can't get out at your destination if there are exit machines? Or are you just fined, if you get caught, for doing something that seems to be rather pointless. And, in my experience, unique.

The sort of electric fence that local farmers resort to in order to keep out marauding wild boars. Which I read yesterday are now a menace in Egland as well! 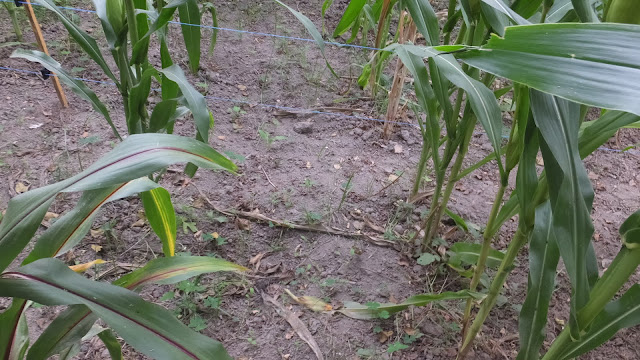