Under pressure from Brussels, Madrid is increasing its tax take. The extra income next year will be €7bn. So, it's interesting to see that taxpayers' money is going to be used to buy out bankrupt autopista operators to the tune of €5.5bn. As I say, I guess it makes sense to someone. Possibly the corporate friends of the politicians.

Some commentators seem to be assuming that the return of Spain to the proper time zone will automatically lead to a 9-5 working day. Surely they're being optimistic. In an editorial yesterday, El País warned against prematurely changing a situation - late evening eating and drinking - which appeals to tourists. Maybe it does but things surely wouldn't change if Spain's outdoor social life began at 7, rather than 9 or 10pm.

Here's Don Quijote on Italy's banking crisis again. As he says, the EU won't allow collapse but will ensure that taxpayers and small investors bear the cost of rescue. And they wonder why disaffection with Brussels is rising rapidly. Or perhaps they don't. As I think I might have said already. In DQ's words: Quixotic delusions are as rampant as ever at the loftiest heights of Brussels’ ivory towers. Either that, or things are now so serious that lying is the only tactic left available.

The US Christian evangelists continue to prove they're one altar short of a church. One of them has asked: Do you think the Russians interfered with the outcome of the US election? Or was it really God? Another has suggested that Donald Trump might be the next Messiah because he's a kingly and warrior-like leader committed to protecting Israel and rebuilding the Temple of Jerusalem. But, hedging his bets, this imbecile added that, if Trump is not actually the Messiah, he's surely the forerunner who will start the message in the wilderness and the messiah is going to come in on his heels. It's truly worrying that the immoral and irreligious Trump played relentlessly to this lunatic constituency. And might well have to deliver on some of his specious promises to it.

Here in Pontevedra, the zealous traffic cop who, a couple of years ago, fined several people for turning their heads by more than 28 degrees is at it again. He's hit a guy who parked his car next to his, turned on the hazard lights and started to talk on his phone. The ticket accused him of using a mobile phone while in charge of a vehicle. The case has now made the local papers and we wait to see whether, as before, a court quashes the fine.

This is the House of the Year for the Royal Institute of British Architects (RIBA). Well, it would be, wouldn't it:- 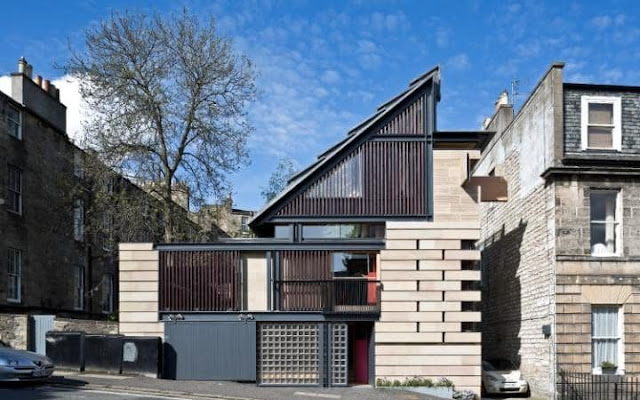 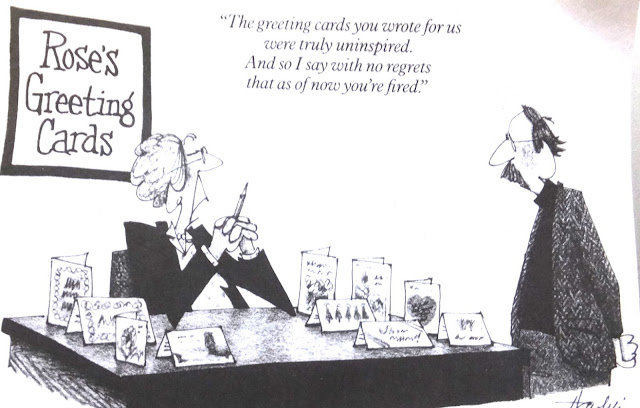 Footnote: If, like me, you have a Macbook Pro that's 5 years old, your heart will sink every  time Apple tells you there's a new operating system. For there are always problems. Right now, after downloading OS v10.12 Sierra, it takes more than 10 minutes to boot up and the whirling wheel of woe is a constant companion, especially with Apache's Open Office. Delays with everything. Am I being cynical to wonder if this is no accident? Latest problem - viewing downloaded fotos . . .

One plus of Sierra is that I can put questions to Siri. Mind you he/she(ze?) seems to find it difficult to understand the word Pontevedra.
Posted by Colin Davies at 10:14 am


Funny that El Pais would come out against the change of working hours with the argument that tourist like the late lunch and dinner hours.

Me, for one, I had the firm impression (must I add: once again) that many millions of tourists loath the Spanish meal times. They are peckish at 13h and 19h, when no kitchen is open. And by the time the kitchens DO open, say 15h and 21h, they have lost their appetite.

But surely El Pais understands these foreigners better than I…

PS Could you explain to that Jennifer lady that the name is MITTINGTON, with the M of Marvelous, and not Whittington, with the Wh of What the…

We ALL understand people better than you do!

Only reading a couple of days ago, if you pull in to use your mobile you should turn the engine off.

kraal said...
This comment has been removed by the author.
1:48 pm

In the UK, it's still technically possible to be charged with being drunk in charge of a motor vehicle if the keys are in your pocket. An intention to drive is presumed. It's only a technical.