Thanks to pressure from Brussels, the Spanish government raised a raft of taxes yesterday. See here for details. Here in Galicia it's good to know there's some compensation in the form of a reduction in the tolls on the AP9 which runs from the Portuguese border to La Coruña on the north coast. As of yesterday, a trip between Pontevedra and Vigo will be 15c less. I'm going to have to think about what I now spend that on. The Spanish government, by the way, has been ordered to find another €7bn of revenue or face (threats of) a humungous fine. As it happens, it'll need €3bn of this to meet its promise to buy out the bankrupt toll companies running the autopistas around Madrid. As I say, I guess it makes sense to someone in power. And his/her corporate friends.

Here's the latest of The Local's helpful(?) lists, this time on how to enjoy Spain in 2017. Am pleased to say, I've already done most of them. Well, several.

And here's something about a top brand of the jamón that's illustrated.

Young workers are defined here in Spain as those between 16 and 35. Galicia has 'lost' 50% of these in 10 years, it's reported. I guess this doesn't mean that all of these have fled to pastures possibly greener but just that there are many fewer of them employed. That's an average, needless to say. The number for 16-19 year olds is down by 87%. No more construction work, of course. It's these sort of figures you have to remind yourself of when you hear that the Spanish economy is steaming along at an impressive 3%. The Haves are still getting havier at the expense of the Have-Nots. 'Structural problems' I think they're called.

I need local advice on this aspect of life in Spain. Banks here send you advice of every single charge to your account. This, I was told years ago, was to give you a chance to reject erroneous/fraudulent items. Under the law, was the advice, the bank is obliged to repay you anything you reject within 2 weeks of its appearance in your account. More recently, I was told this had been extended to 4 weeks. Which possibly explains why the bits of paper from my bank take between 17 and 35 days to reach me these days. I guess I really should ask my new bank this week, rather than appeal to faithful Spanish readers. By the way . . . the debits from utility companies invariably take place before I receive their bills. Which seems the wrong way round to me but ¿cosas de España? At least the system of allowing later rejection compensates for this. I guess.

There are redundancy notices and redundant notices. Here's one of the latter, from the UK's dreadful Southern Rail: No Trains December 24, 25 and 26. Passengers are advised not to travel. Do you think they were laughing when they came up with that? I fear they weren't. 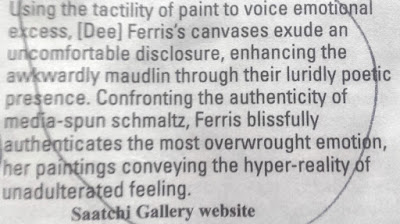 Meanwhile, today's cartoon. At least this is meant to be funny . . . 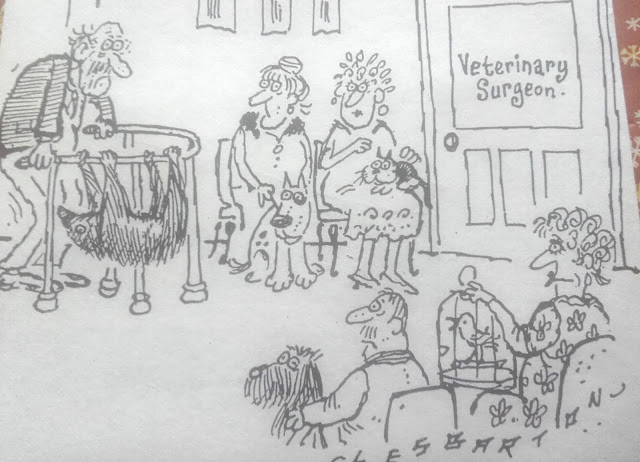 Surely most banks and utility companies have gone "paperless" - my bank attaches a pdf of the charge to the debit entry, whilst the detailed bill is available on the utility company website. Haven't received "paper" from either for years. My bank branch is 950kms away - can't remember the last visit - any problems sorted by email or the "chat" option on their website

My bank is also the Pastor. What with the changes wrought with the acquisition by Banco Popular, I have stopped receiving with reasonable frequency any notification of charges. I have to now enter into its online services to find out what's been happening. As to bills being extracted from your bank before you're informed by the utility company, that has always been the case with us for the past twenty-five years. I think that's the norm for domiciled bills here. The company merely sends you an informative sheet with how you've been spending your money, and how much they've already taken from you. I suppose if they've had any problem, they would also tell you. As for stopping a payment, I forget how much leeway of time there is after it's been charged to your account. I did it once, and I think it was within a week of its having been done so, but I don't remember.

@Maria: Many thanks, Your info is always useful and sometimes invaluable.

@Sierra: Yes, I could get everything on line but I am old fashioned and like to receive paper info so that I can do my reconciliations more easily. Without having to print off stuff. Even with my UK bank, with whom I've been doing evertyhing on line and, more usually, by phone for at least 20 years. As a non-native speaker it's rather easier to deal with paper than on line or on the phone. When castellano speakers show an ability to slow down for about 3 seconds on average.

And Yes, I too would have preferred an AP up via Lugo to the coast, instead of the AP9, N634, A6, A8 route I usually take to Santander.

I have an account with Abanca (formerly Caixa Galicia) and several years ago I opened an online account which worked well for a couple of years. Then the bank decided I needed a cell phone to access the account to receive a pin each time I signed in. I don't have a cell phone so I can't access the account on line. Should I want to see anything in the account I have to go to the bank. The pass book only gives minimum information about withdrawals and deposits. I rarely go to the bank and the last visit I made a year ago was to cancel the debit card that my wife has. I provided a doctor's report on the advanced state of dementia that my wife is in as she is bed ridden. The manager told me my wife had to come into the bank in person to cancel the card. But don't worry because as she can't use it there is no problem. Yes I said but you are still charging me 26€ for the card which can't be used.

I was reading an article about some of the other uses* of the Bell Curve & decided I'd see what result I'd get with an on-line test on IQ. http://www.free-iqtest.net/

It seems that I AM one of the sharpest knives in the drawer; if the result is to be believed.

*Many phenomena have probability distributions that are bell curves, including: