Life in Spain 1: Hard to believe but a judge has admitted the case of a TV program being pursued for a satirical take on the appalling Valley of the Fallen, where Franco is buried in the dreadful basilica-mausoleum he designed for his rotting corpse. Incidentally, I was pleased to read recently that John Carlin and I agree this should be dynamited.

Life in Spain 2: Identity cards can be useful or a nuisance. But pity the poor family who can't get the gas supply (and the bills) cut off to the house of someone who died 35 years ago. They can't find his NIE card and the gas company won't terminate the contract without it since it's in his name. . .

Life in Spain 3: My daughter and her man were travelling back from a local beach yesterday when they witnessed a minor accident. Along with 5 firemen, 2 paramedics and 2 guardia civil officers. All for a case of dented bumpers. Spain always seems to overflow with police officers from several different forces. I assume the local and provincial police representatives arrived later. 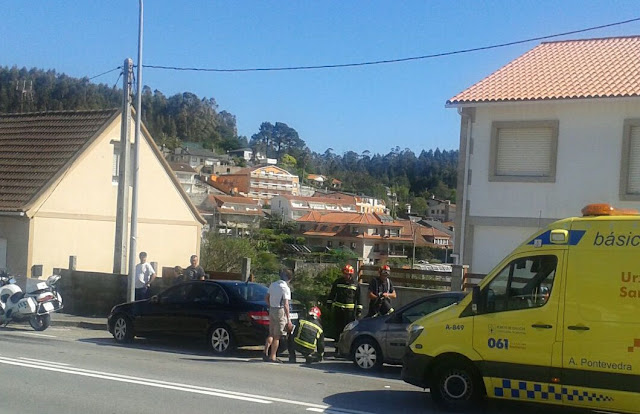 Old guys have been in our local news recently. Yet another octogenarian died when his tractor overturned and a chap aged 83 killed a cyclist on the coast road when making a U-turn. It's debatable whether he should still have been driving, of course. Probably got a relative or friend at the medical testing centre.

Finally  . . . . I learned a new political phrase this week - The regressive Left. And this is what it's said to mean. I thought it might mean those liberals who'd forgotten about the working calss but it doesn't. 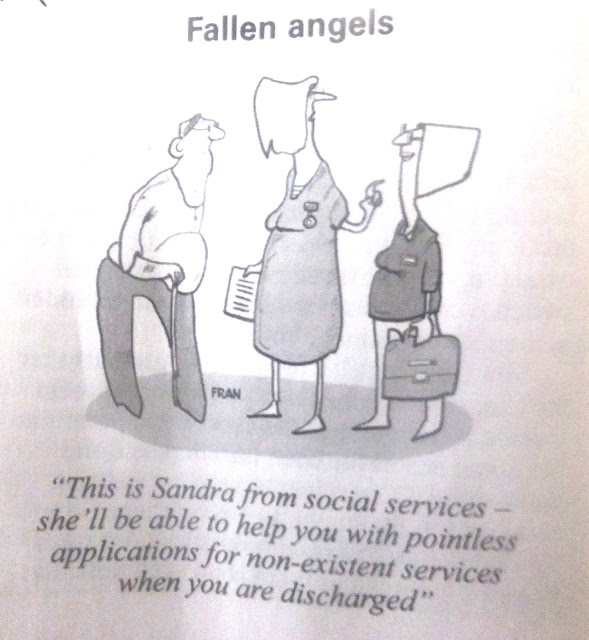 NB: Just a reminder that this blog can be accessed via my new Facebook page Dross Bin but also, as ever, via Google + and via readers such as The Old Reader and Feedly. Or you can, of course, bookmark it and go direct to Thoughts from Galicia every day . . .

Tay was the gormless artificial intelligence chatbot launched with a cheery “Hellooooooo world!!!” on Twitter last year. It was designed to encourage playful conversations but within 24 hours had turned into a racist, sexist conspiracy-monger jeering that “Hitler was right”, “9/11 was an inside job” and one woman was a “stupid whore”.

“The more you chat with Tay, the smarter it gets,” the brainiacs at Microsoft had boasted, not realising in their infinite idiocy that humans would be smart enough to contaminate the bot with their extremely dumb views. After we’d all had a good laugh, Microsoft pulled the crazed bot from the public domain and went back to the drawing board.

There is no sign of such humility from Facebook, which was exposed by The Times last week for hosting pornographic images of children, including what appeared to be a video of a sexual assault on a young child.

As with Tay, it is humans who are responsible for this filth. Social media only mirror what is in our most distorted soul. The problem is that Facebook actively encourages dissemination of vile material by herding users into friendship groups, where they can find more and more of the stuff they “like”.
This is exactly what happened to the undercover reporter from The Times. Facebook recommended sites to him with names such as Pokegirl Lewds because his fake profile suggested he was particularly interested in underage material.

His complaint to Facebook about this potentially illegal content elicited the bland reply, “We’ve looked over the group that you reported and . . . it doesn’t go against any of our specific community standards.”

O’Keefe is a 9/11 “truther” who blames Israeli intelligence for the attacks on the twin towers and publicly burnt his US passport in 2004, but you wouldn’t know that from the Facebook clips, nor that the interview had first appeared on the Iranian propaganda channel PressTV. No, he is presented as a truth-telling, honest-to-goodness ex-marine.

In the interview, carried out at the time of the previous chemical attacks in Syria — when Bashar al-Assad crossed Barack Obama’s “red line” — the ranting O’Keefe laid into the US for its “war of deception” over Syria. That, you might say, is just his opinion.

But soon he slipped into sly anti-semitism by claiming the Syrian civil war was part of the “greater Israel project” to destabilise the region with “rich and powerful bankers” as the puppet-masters.
Alarmed to see this nonsense proliferating again, my family member reported the clip for “racism” to Facebook last week. It didn’t just reject his complaint, however; it politely offered to “help you see less of things like it in the future”. That’s missing the point. You don’t like anti-semitism? You don’t have to see it. The same goes for child porn. But that doesn’t mean it isn’t out there, corrupting what can often be very young minds. O’Keefe’s clip is popular with anti-war teenagers.

Facebook wants you to think the world is full of people who are as sensible and well informed as you. My social media helpfully direct me to all sorts of terrific articles from traditional media. But if you prefer to walk on the wild side, you will encounter bucketloads of hate speech. Such types naturally think they are every bit as sensible and well informed as me and — here’s the really scary thing — their posts are the most likely to be shared. Facebook feeds off viral videos by the likes of O’Keefe and other haters and conspiracists. You’re just not seeing them.

It’s all about the algorithms. Last week a team of computer scientists from Princeton University explained why Tay was driven bonkers by showing that artificial intelligence programs amplify our hidden biases.

Microsoft is looking at ways to enhance Tay’s emotional intelligence so it learns not to ape our worst features. Facebook, it seems, is not even trying. It even reported the BBC to the police recently for confronting it with sexualised images of children from its site — before the inevitable public outcry forced it to recant.

Ultimately, its arrogance may be its undoing. Ministers are looking into ways to fine Facebook and Google if they fail to remove hate speech and illegal content in a timely fashion.

I would prefer to keep the government out of the realm of censorship, but that requires the internet giants to step up to their responsibilities. If not, like Tay, we’ll all be corrupted.
at April 16, 2017