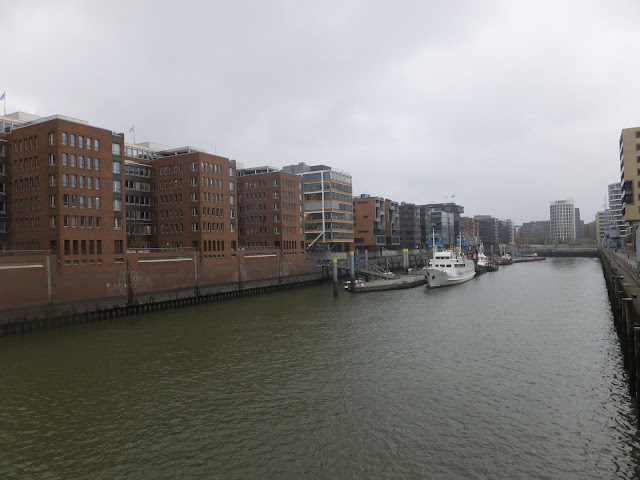 Matters Catalan
Matters Spanish
Comments on each one here.

A year has passed since the Catalan independence vote and the short-lived declaration of making the region an independent state. It is remarkable that one year later, its political leaders are still either in exile or in jail. Even though Pedro Sanchez has a more reconciliatory tone than his predecessor, which could hardly be difficult, he has not made a move to release any of the prisoners or revoke charges against those in exile, saying it is something for the judiciary. Seven Catalan leaders remain in exile. Seven other leaders are detained in a male prison about 70 kilometres from Barcelona, and two women leaders are still held in two other prisons. Supporters reportedly visit these leaders in prison each week.

It is clear that no progress will be made from this stalemate without freeing these leaders. No matter how much more autonomy the central government offers the region, the new Catalan leaders will not negotiate until this matter is resolved. In fact, how can one have dialogue with leaders in jail or in exile?

And now, in the latest move, Spain’s Supreme Court has ordered 18 former Catalan leaders to stand trial for declaring independence last year. Puigdemont, along with the other exiled leaders, will not be affected as Spain does not try people in absentia and Germany, where the former Catalan President found himself on the way back to Belgium, refused to extradite him on these charges. However, this latest move is only going to stoke more protests and lead to more pro-independence drives. The Catalan President, Quim Torra, has already said that should the leaders be found guilty, a protest march could take place which would start in Barcelona and go to other European cities to apply international pressure. Luis Puig, the former Catalan culture minister who accompanied Carles Puigdemont in exile to Brussels, is assessing the possibility of taking the case to the European Court of Human Rights. And Puigdemont was in Geneva recently attending a conference with world leaders, where the Forum President, Jean-Paul Cateron, stated: “It is inadmissible in the European Union in the 21st century that politicians are persecuted for their ideas”. The Catalans are now clearly gathering more international support.

Catalonia remains deeply divided on the issue of independence. Letting the people have a free and legal democratic vote would settle the issue. It lets people who only want to exercise their democratic right to have their say. As support for independence is not likely over 50% in any case, the referendum would not necessarily lead to independence. It would certainly not lead to an overwhelming majority, based on current polls. However, postponing this process further only leads to more frustration which adds to the indignation suffered last year. And now, trying leaders will only foment this sentiment with perhaps more people joining in the cause. Freeing prisoners and allowing a referendum seems the only sensible thing to do. However, it is very unlikely that the central government, even this new one, will do it. The PM, in fact, has said he is against a Catalan referendum. And so, even though both governments have changed, the situation still remains unsettled.


2. I’m British and living in Spain – how can I prepare for Brexit?: Madrid-based lawyer Margaret Hauschild Rey.

While the flood of confusing news stories about Brexit continues apace, Britons currently living in Spain are faced with a series of uncertainties and questions. What rights will I have after Brexit? Will I have access to healthcare in Spain? What will happen to my work contract? And my pension?

Coming from a law firm specializing in British citizenship, we are constantly receiving questions like these.

Given that the negotiations over the United Kingdom’s exit from the European Union are ongoing, it is not possible either for us or the authorities to offer all the answers. But based on our experience, we can offer British people advice on what you should do to be prepared in case you have to prove that you genuinely live in Spain. Bear in mind that this is just advice, and that we do not know how the Brexit process will conclude. But in order to play it safe, we recommend you do the following:

Ensure that on your green residency card, it says: “Residente comunitario con carácter permanente” (permanent EU resident). This will justify on an official basis that you have been living in Spain for more than five consecutive years, which currently gives you the right to have permanent residency as a European citizen. If the card does not say this and you have lived in Spain for more than five years, get an appointment to renew your residency card and make sure that the new version states that you are a permanent resident.

Register at your town hall. Make sure that you are on the padrón, or municipal roll, at your local town hall as a resident. Remember that a certificate of empadronamiento is valid for three months. As such, if you have an old certificate or you don’t know where yours is, ask for it in your local town hall. You need to request a “Certificado de Empadronamiento,” and the certificate needs to be signed. This will serve as proof to demonstrate your residency in Spain.

If you have a Spanish spouse, and/or Spanish children, make sure you have your marriage certificate and/or the birth certificates of your offspring. You can request these at your local civil registry for free, and they will prove your links to Spain.

If you belong to a parish, a club or a Spanish association, ask them to give you a certificate that states when you joined and what your role is there. This may help you to prove your links to Spain, but bear in mind that the certificate will be unofficial and its value may be less for this purpose. That said, we still advise you to do so.

Driving license. If you still have your British driving license and have not swapped it for a Spanish one, you should do so right away at the DGT traffic authority. It will be easier for you to do this now given that you are still currently from an EU country. If not, you may have to sit a driving test in Spain after Brexit.

Inheritances. As a European citizen, you can choose if your last will and testament is subject to the laws from your home country, or the country in which you live. If you are a British citizen and you want your will to be drawn up in accordance with Spanish law, tell your notary or lawyer this as soon as possible. Remember that, if your will is drawn up under Spanish law, two-thirds of your estate will automatically go to your children, and this cannot be changed. But remember, this will only be the case if you choose to draw up your will under Spanish law.

Other issues regarding family life

If you are British and you are married to someone who is from a non-EU country, currently your partner has the right to a residency card for a family member of a European Union citizen, something that gives them the same rights as EU citizens. Once British people are no longer citizens of the European Union, your spouse will not have the right to hold this card. That said, it is still not clear what will happen in this respect – whether there will be a transitory period of adaption or not.

Your children: Remember, if your children are under the age of 18, they were born in Spain and they are legal residents here – i.e. they have a NIE, and have had that NIE for more than a year – they can request Spanish nationality.

Another option open to you is to request Spanish nationality, as long as you are a legal resident in Spain, and you meet the conditions set out under Spanish law in order to apply.

The British embassy in Spain urges all UK nationals living in the country to ensure they are correctly registered and to stay up to date with the latest news, by signing up for email alerts, visiting the Living in Spain guide on gov.uk and following their Brits in Spain social media channels, including on Facebook.
at November 01, 2018