When I was there recently, the city was overrun with tourists. This accolade will surely make things worse. Or better, if you like to be in (a lot of) company. If I ever go for a 4th time, it'll be in mid winter.
Germany 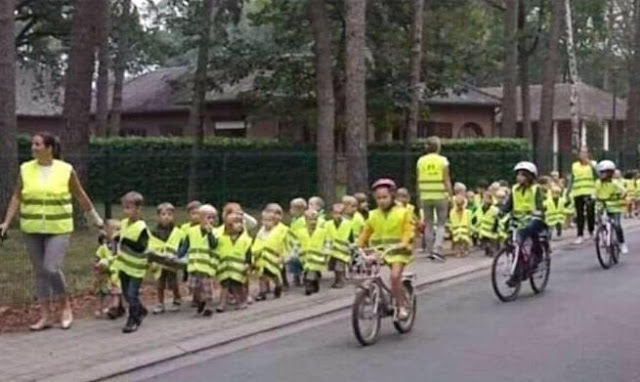 Google translates the caption as: It's already bubbling; the rebellion begins.


The useful criterium would be to ignore every word in the name which is, or resembles, a preposition or an article. As you do yourself quite adequately by not starting those minor words with a capital letter.

Laurens van der Post (the 'van' is not a Christian name as in Van Morrison, but the simple Dutch for 'of', i.e. a genitive preposition) therefore would have to go under 'P' of 'Post'.

I do admit that 'Le' in 'Le Carré' poses something of a challenge. One would need a French historical linguistic to enlighten us if such 'Le's' (Bar Le Duque for instance) are perhaps older forms of the genitive.

«upside-down» spines of books are quite irritating, whether in Spain, Italy, France or Portugal, but not quite as much so as that nasty habit they have of driving on the wrong side of the road (which is quite probably another legacy of the moors). However, if you prefer stacking your books on top of one another (for whatsoever reason) rather than having them independently and orderly placed, it is better not to have «upside-down» spines on your books. Ah, the moors, clever, clever folk ...