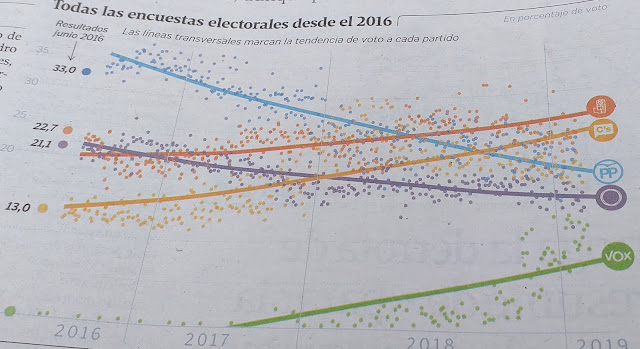 The EU
The World

Languages
- Kaapshljmurslis (Latvian): Being trapped in public transport between other people.
- Kalsarikännit (Finnish): Getting drunk alone at home in underwear, with no intention of going out.
- Pana Po'o (Hawaiian): Scratching your head while trying to remember something..
- Tartle (English): The hesitation when you want to introduce someone and forgot their name.
- Age-Otori (Japanese): Looking worse after a hairdresser visit than before.
- Mencolek (Indonesian): Tapping someone on the wrong shoulder from behind to annoy them.
- Ølfrygt (Danish): The fear that the beer is running out and you can't get any more.
- Pochemuchka (Russian): A person who asks too many questions.
- Peliniti (Buli, African language): The face of a person who's accidentall put very hot food in his/her mouth.
- Iktsuarpok (Inuit dialect): Restlessly waiting for a visit and going to the door to see if they've arrived.

- Sobremesa (Spanish): After a meal, staying at the table and relaxing.
- Cotisuelto (Spanish): A man who declines to put his shirt in his trousers. Allegedly.
English
Finally . . .
THE ARTICLE

Political turmoil and an unravelling budget: Why Spain is Europe's next powder keg: Anna Isaac, economics correspondent, The Telegraph.

A horse approaches. Chords reminiscent of one of the most famous soundtracks in film history, Lord of the Rings, rise. Riding into shot comes not an elf, hobbit or wizard, but the head of the resurgent far-Right in Spain, one Santiago Abascal, astride a mildly depressed-looking beast of burden.

The tone of the video, featuring a throng of bemused horses but no dialogue, could provoke humour were it not for the fact that Abascal’s Vox party, founded in 2013, became the first far-Right organisation to win parliamentary seats in Spain since 1977 last December.

The political advert, released in November 2018, was published on YouTube with the tag-line “La Reconquista comenzará en tierras andaluzas” (The Reconquista shall start in Andalusian lands). The reference to the Reconquista, the series of military efforts to recapture lands from Moorish settlers that culminated in the fall of Granada in the 15th century, draws on the anti-migrant, anti-Islamic tone endemic to the Vox party’s campaigning tactics.

After the much-augured collapse of the Leftist coalition’s Budget in the country this week, Vox may yet form part of a Right-wing coalition if, as expected, snap elections are called in order to end political deadlock. Concerns are also mounting that it could win sway in European parliamentary elections this May.

Perhaps more significantly, a win for a Right-wing coalition that includes fiercely anti-separatist sentiment could reignite tensions surrounding the sovereignty of Catalonia. This could risk destabilising the country, one of the bright spots in an already weakened eurozone economy.

“Spain’s been a relatively resilient economy by European standards, given the broad-based slowdown of the other economies,” says Paul Diggle of Aberdeen Standard. “But it can’t be resilient for ever,” he adds.

With the failure to have his Budget pass through Congress, Pedro Sánchez, the prime minister, is set to return to the polls on April 28, and it is unlikely to be an easy win.

Surveys show weakening industrial production. The far-Right is gaining attention, just as the pressure from regional separatists – whom Sánchez needs to form a Left-wing coalition government – to get what they deem their fair slice of the spending pie, proves unrelenting. The trial of Catalan leaders has been a decisive factor in pro-separatist parties deciding not to save Sánchez’s Budget, which should have been passed in November.

Many economic and political observers have spent decades noting that Spain seemed relatively immune to the rise of far-Right populism seen in many other European countries. They regarded this as a legacy of the totalitarian Franco regime. That has all changed in the past six months, with the rise of Vox.

The party has “blown up the Spanish political landscape”, says Angel Talavera of Oxford Economics. Opinion polls, gathered by Electocracia and Oxford Economics, show a surge in support for the far-Right. The Socialist party may be leading in the polls, but not by a wide enough margin to win outright, likely forcing it back into coalition with pro-Catalan independence parties.

Vox may lack the outright anti-EU language of parties such as Italy’s Lega Nord, the far-Right party forming one half of the populist government, but it has elements that suggest resistance to Brussels. Most particularly on matters of migration, with proposals to suspend the Schengen area. With little hope of winning a governing majority, and other Right-of centre or centrist elements far less likely to support Eurosceptic plans, the impact would be minimal. There is no “Spanexit” on the cards, most economists agree.

The Sánchez government had raised the prospect of a more Macron-esque approach to the EU, taking a more active role on the European political stage.

Spanish political ructions have provoked little response from bond markets so far. Its economy is still proving relatively resilient, though set for a slowdown, as its neighbours’ slump gathers pace. If the forces of separatism and the far-Right clash however, this could change.

The fallout might see a bright spark in eurozone GDP data extinguished just as long-simmering issues become manifest in Italy. Three of the major credit ratings agencies are due to reassess Italy’s sovereign credit rating in the next two months, with potentially considerable fallout for the markets.

Italian banks are massive holders of government debt. Should these bonds be downgraded, their borrowing costs will rise and balance sheets weaken, in what is known as the “doom loop”.

Spanish, French and Portuguese banks are among the most exposed to a domino effect triggered by a downgrade to junk status for Italian sovereign bonds, the International Monetary Fund warned recently.

Standard and Poor’s has already reiterated warnings on the level of toxic loans throughout the eurozone’s banking system.

All while Germany has skirted recession in the second half of last year with zero growth in the final three months of 2018, and Italy entered its third downturn in a decade with a contraction of 0.2pc. The question becomes one of how long Spain, which managed an impressive 0.7pc expansion, can hope to resist a eurozone slowdown if political tensions rise.

“A lot of people in Spain are really angry and I think Vox has channelled this. But really, I think this is it catching up with the rest of the world. Our [Spanish] history meant we avoided the far-Right for a time, but the issues [Vox focuses on] are the same [as elsewhere]: national identity, migration – in that sense it’s a standard populist party,” says Talavera.

The direction of travel is something that is troubling; while the actual policy clout of Vox so far is limited, that could change, he adds.

Vox has done what all populist parties do: bind regional economic disparity to identity politics. It favours dissolving the devolution of power to regions, and imposing a more centralised state, ruled by Madrid, risking a head-on collision course with regional separatists.

While Spain has been the poster child of the bailed-out eurozone economies, political fragmentation puts that at risk.

As Diggle says: “This political uncertainty, the likely eventual slowing of Spanish growth in line with the rest of the eurozone, means that Spain’s ability to be insulated [from an economic slowdown, the far-Right] no longer persists.”
Posted by Colin Davies at 8:42 am

In Galego, faldrafora is the same as cotisuelto. It was supposed to be a charm against witches for men to wear their shirt hanging out, so that's what they were to do when they passed a suspected witch. Nowadays, it just refers to a man who doesn't care much about his appearance, or is careless.

Vox frightens the s**t out of me. You can bet I'm voting this April, and so is everyone in this family.

So far, Maria, I haven't found a Spanish friend who know this word . . .

It's not common, at all. But it's still occasionally used around here in Rianxo. There's even a family with that nickname, os Faldradoras. I assume an ancestor was known for leaving his shirt out.