Spanish life is not always likeable but it is compellingly loveable.
Christopher Howse: A Pilgrim in Spain
Spanish Politics
The UK

On the other hand, the prices of wines are truly preposterous, especially in bars and pubs.

The EU
The UK and Brexit
The USA
The Way of the World
Finally . . . 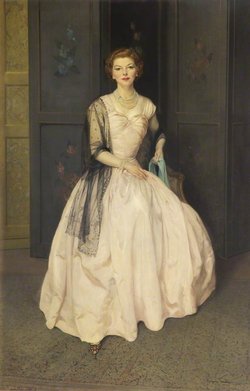 As Pepe Espada drove his flock of sheep from his isolated mountain village yesterday morning, he wryly wondered whether his birthplace would still be there when he returned in the evening. His village of Ladruñán has 26 inhabitants and sits in a region with a population density lower than Siberia. He predicts that in a few years Ladruñán will be semi-abandoned. Like many other villages in Teruel province, in Aragon, it has no school, poor transport connections, scarce mobile phone coverage, faltering radio reception and no internet.

Mr Espada, 55, laments the failure of successive governments to help the remote province’s villages survive. In Sunday’s general election he will not vote for either of Spain’s two main parties because they have not developed his area. “Their politicians haven’t done anything for Teruel — or even Spain,” he says.

Spain’s emptying rural interior has become a major election issue, highlighting disillusion with the country’s political system and government paralysis as voters plod to the polls for the fourth time in as many years. Buffeted by one of its worst political crises since the dictator Franco died in 1975, Spain is riven by political polarisation and fragmentation, facing separatist protests in Catalonia and a rapidly rising far-right.

But it has a serious rural problem, too. In March 50,000 protesters marched on the capital under the umbrella title of “The Revolt of Empty Spain”. They demanded equality between rural areas and its cities, complaining of a lack of hospitals, schools, internet connectivity, training and jobs.

Ignacio Urquizo, the Socialist Party mayor of Alcañiz, a town in Teruel, contends that what happens electorally in the province also happens in the rest of the country. “It is the Ohio of Spain,” he said, referring to the US bellwether state. “So I expect more fragmentation and more difficulties to govern nationally.” Nationally the far-right Vox is expected to become Spain’s third party, but in his province the protest vote would go to Teruel Exists, a grassroots movement that began in 2000.

Last month 23 provinces from España profunda (deep Spain) held a five-minute silence to draw attention to grievances. Political leaders have since made grand proposals for España vacia (empty Spain). During a televised debate this week the acting prime minister Pedro Sánchez, the Socialist Party’s leader, said he would “fight against depopulation” and create a ministry for it. It is a tough call. Since the Sixties Spain has become an overwhelmingly middle-class urban society. Francisco Burillo, a professor at the University of Zaragoza, estimates that 53% of Spain’s territory is home to only 15% of its population. He says that Teruel and surrounding regions comprise an area twice the size of Belgium but with only 500,000 inhabitants, one of the least populated areas of Europe.

Academics suggest that the low population is due to a variety of factors, including the civil war, the distance from the sea, altitude and low birthrate. Also cited are unemployment, disconnected infrastructure and policy in an area that includes Teruel and spans five of Spain’s autonomous regions.

Teruel, 15,000 sq km (5,800 sq miles) of windblown upland plains, has lost almost 9% of its population during the past decade. Its register records 134,042 inhabitants. The Teruel Exists leader, Tomas Guilarte, has decided to take part in Sunday’s poll, leading Teruel Exists on the road to the 350-seat national assembly for the first time, but as a voters’ group, rather than a political party.

Silvia Gimeno, the socialist mayor of La Mata de los Olmos, says her 280-strong village is just about holding its own because it has attracted Senegalese, Romanian and Moroccan workers with jobs in its cured meats factory and slaughterhouse. “About 60% of our schoolchildren are from foreign families,” she says.

This does not impress Mr Espada. He will vote for Mr Guilarte, because “even if they are a small group and can’t do much, at least they will tell people that we exist”.
at November 08, 2019