It sometimes happens in Spain, says Lenox Napier of Spanish Shilling (and Business Over Tapas) that a building can never be completed but can never be entirely demolished. Here he talks about the saga of the appalling Algarrobico hotel. A very Spanish tale.

Pacharan is new to me. Max Abroad tells us all about it and its magical properties here. I hope to sample it in Navarra as soon as we're free to travel again.

Where are we Brits in Spain? Here, says the Embassy:- 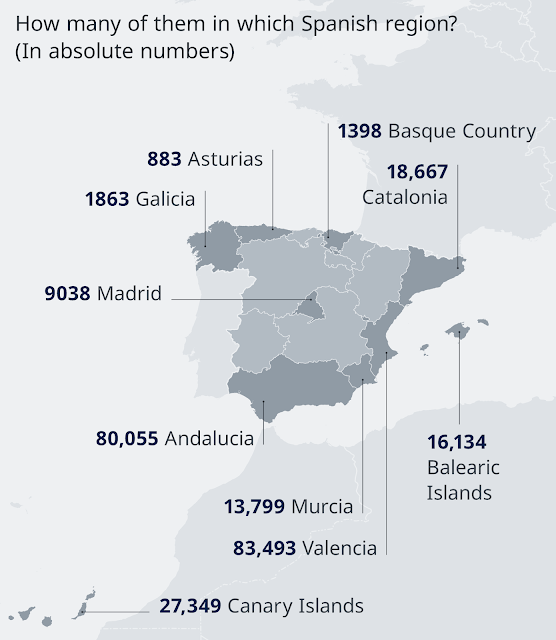 More here - in Spanish - on this year's Año Jacobeo/Ano Xacobeo. Which will last more than it's supposed to. Conveniently for everyone with a financial interest. And for possibly a few concerned about their eternal soul.

The estimable columnist Caitlin Moran has also noticed the mad flag feature of TV broadcasts . . . Someone has clearly told Boris Johnson to stop doing his usual thing of flinging his arms around like a puppeteer who’s had Punch and Judy stolen from his hands but hasn’t yet noticed, so his fingers were interlaced in a mad, angry ham fist on his desk. Someone had also, presumably, tried to think of the best way to visually represent the spirit of a newly Brexited Britain so had put not one, but two Union Jack flags on flagpoles behind him. We’re doubly British now, you see? I guess when Scotland cedes from the Union, we’ll have three Union Jacks; and when Ireland reunites, four — and so on, until “Great Britain” consists of just London and Woking, and the prime minister’s office looks like some mad flag museum, which will be a bugger for the cleaner to dust.

Interesting to note that: There is one key ingredient that the UK's greatest French chefs have relied on for 200 years: British money, usually aristocratic and often royal, combined with a willingness to spend it lavishly on supremely good food. The story of Anglo-French cuisine is a tale of Gallic flair and the recruitment of British disciples, but it is also about the British class system, culinary one-upmanship and cash. Behind every successful French chef in Britain since 1815 sits a discerning and hungry British toff, with a knife, a fork and a large wallet.

If you’re a Brit resident in Spain, you may already know that: Consumers in the EU have been hit with unexpected import fees when ordering goods from Britain since the end of the Brexit transition phase. Customs duties and maybe more taxes.

In the UK at least, you can now take delivery of ready-to-cook meals not only for yourselves but also for your bloody pets. They seem to be advertised together. To very lazy (rich?) folk, I guess.

Talking of ads . . . A friend asked me if I knew what ads came up on my blog page. No, I said, I never see any. So she sent me this one, querying whether it was her or me who was seen as the target customer. 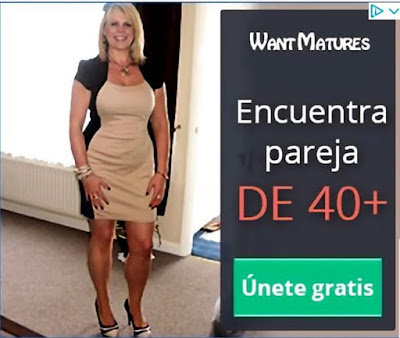 I suggested Google had profiled her as a 50 year old lesbian. She countered that possibly they saw her as a client for the dating service, even though she's not 'mature'. i.e. above 40. Wrong in both cases. Someone is wasting their money . . .