The Spanish political kaleidoscope has been shaken and some of the glitter bits have settled. But many others haven't. The President of Spain, Sr Rajoy, has said that everything and nothing has changed. Things are as they were: his PP party got the most votes both nationwide and in individual regions and so remains Spain's leading party. Which rather glosses over the fact it retains the reins of power in only one region, and this in North Africa. Further, despite the loss of 33% of its supporters, the PP's best bet, says Sr Rajoy, is to leave him and his team in power. After all, the PP's setbacks were due to the old chestnut of "poor communication". Mr Rajoy was speaking, of course, from his bunker 3 meters below ground in the Saharan desert.

For a professional commentary, see the article printed after these final camino fotos, all taken in wonder-ful Salamanca this morning: 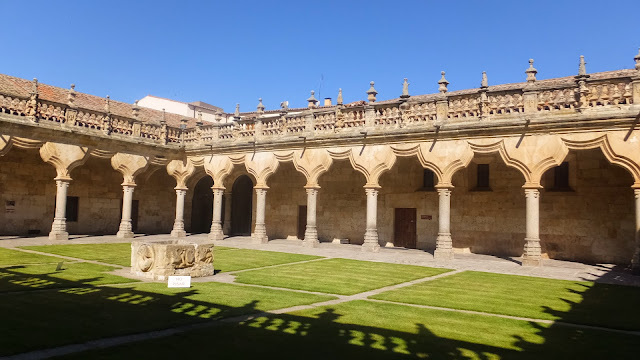 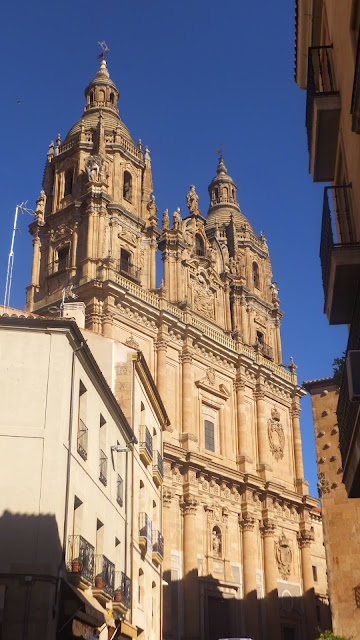 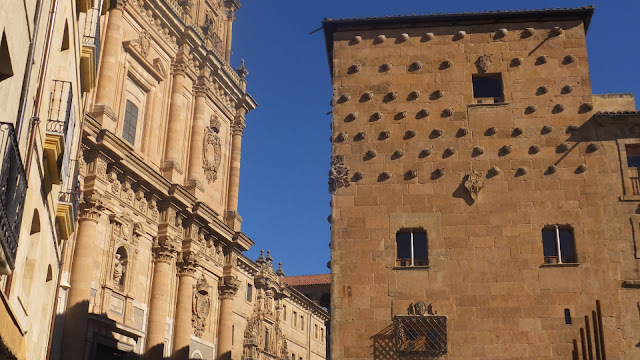 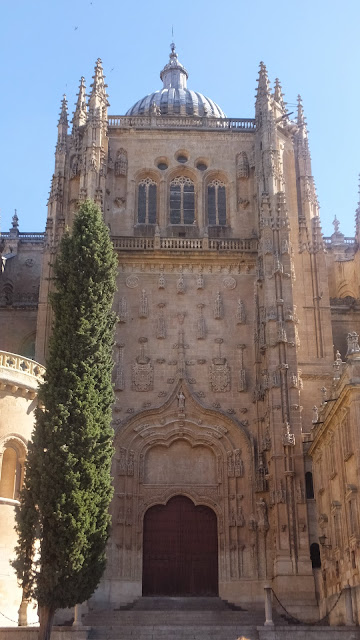 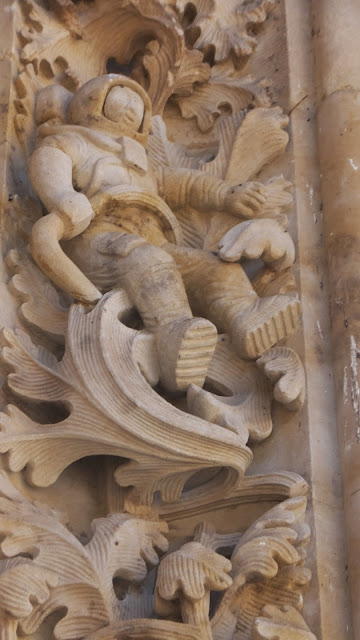 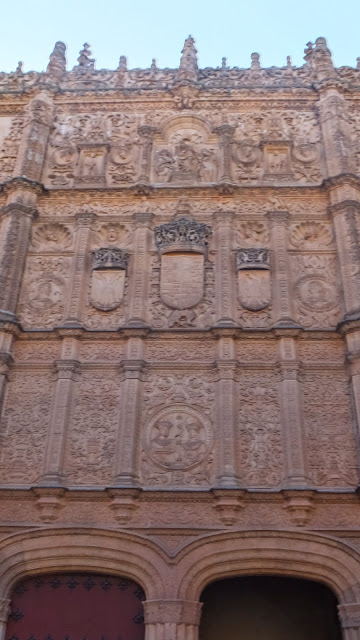 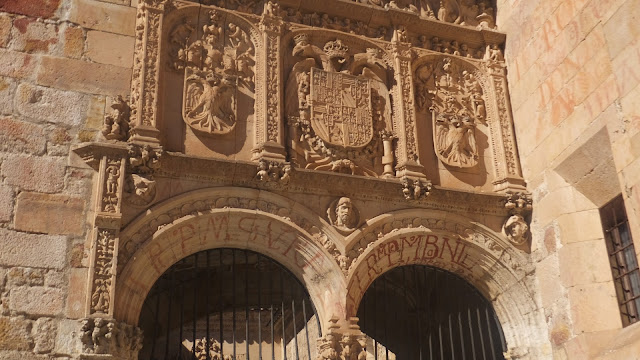 After Greece — runs the theory beloved of left-wing optimists and right-wing pessimists — comes Spain. In January the anti-austerity Syriza party, founded only ten years earlier, came to power in an election in Greece which humbled the centre right and obliterated the centre left. Syriza had turned the 26 per cent of the vote it received in the 2014 European elections, into 36 per cent of the vote in the general election.

This week regional elections were held in Spain and a party which was created in January 2014, Podemos (We can), won a substantial share of the vote. Candidates it supported took the mayoralty of Barcelona and at the time of writing looked likely to take that of Madrid.

The ruling Popular party, which had its worst election results for a quarter of a century, suddenly looked like the Unpopular party. It lost control of eight regions, some big cities and the support of more than 2.5 million voters. The main opposition party, the socialists, also lost votes, in its case nearly half a million. With a general election in Spain quite likely this autumn, the anti-establishment domino theory looks plausible.

But perhaps we should take a breath before prophesying a Spanish meltdown. Spain, for all its sunny southness, is not Greece. While Greece was seeing very few of the benefits of a long period of austerity and was offering its citizens little but sweat, blood, toil and tears and then more blood, Spain seems to have overcome the post-2008 crisis and its economy is growing again. True, the unemployment rate is still 24 per cent, and it will take time for the benefits of growth to reach millions of Spaniards. And it is true, too, that the party of the prime minister, Mariano Rajoy, has been implicated in a series of corruption scandals involving tens of millions of euros.

Yet when the electorate was able to register a protest vote without jeopardising national policy, more than half still chose one of the two traditional parties. Podemos polled just over 14 per cent, which though remarkable for such a recent party, puts it for the time being in the Ukip rather than the Syriza category.

This lack of an outright collapse suggests both that the Popular party and the socialists are, for the time being, more robust than their counterparts in Greece, and also that voters do not feel quite the same sense of desperation. Although post-mortems were being held yesterday, and there was talk of pressure on Mr Rajoy, the political establishment in Spain would do well not to panic. It must purge itself of corruption, but there is much to be said for sending out the message that when it comes to the basics, it understands how the country must be governed.

This result, though difficult for Mr Rajoy, suggests that he has some time. And it gives the Spanish people slightly more space in which to consider whether they really want to hand power to insurgent parties. In the case of the anti-corruption but essentially liberal democratic party, Ciudadanos (Citizens), which polled 7%, that would not seem to be much of a risk. But Podemos, which is a Syriza-style coalition of anarchists, socialists, regionalists and pressure groups, is a different matter. Do the Spanish people, for example, want to leave Nato, as Podemos does?

We rather suspect not. In which case, if Spain’s leaders hold their nerve, this could be the domino that refuses to fall.
at May 27, 2015