Football: Sad to see that the (alleged) dirtiest player in the English Premier League is a Spaniard. Details of this claim here.

Spanglish?: Yet another criminal investigation has brought into the limelight the president of a company called Funnydent – one of Spain's new, glossy, high-street dental operations, I guess. As to who was the clown who came up with the name, there's no indication.

News from Poio: I have to confess that I don't actually live in Pontevedra but across the river in the large municipality of Poio. Near the birthplace of Christopher Columbus, in fact. Four things have happened here in the last week:
Finally . . . The one-day cricket international in South Africa yesterday opened with David Willey bowling to Quinton de Kock. Where was Brian Johnston to collapse in helpless laughter while trying to get out: It's Willey bowling to Koch at the Pavilion end.

The splendiferous new bins, which we can open with our feet . . . 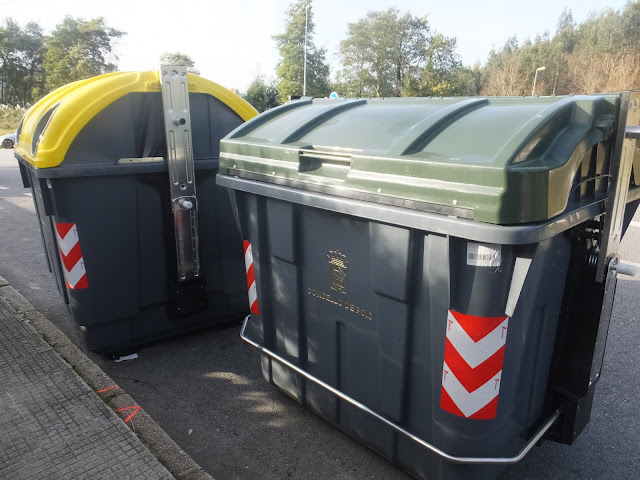 Incidentally . . . You can see from this foto that the council has moved the bins from a pavement that no one uses to the road on the opposite side, thus depriving us of a valuable parking space. Thoughtful. 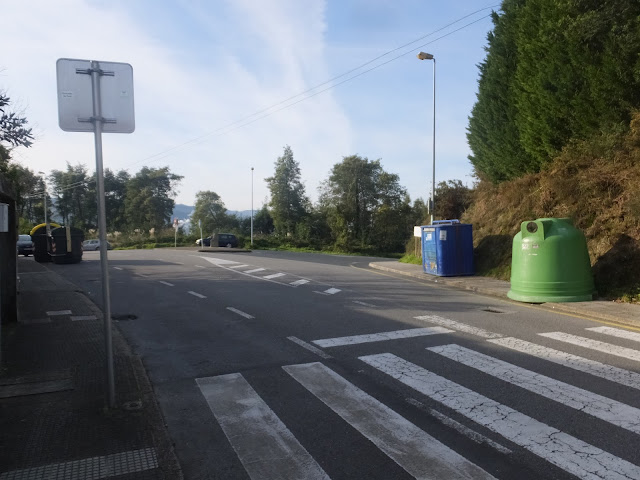