Spanish Names: Spain might not be a very religious country these days but traditional names remain popular. But they're being slowly ousted by more modern monickers, such as Neymar and Iker. Football stars, in case you're not familiar with them. Click here for more on this.

Generous Spaniards: Almost 100% of Spaniards support the taking in of refugees from the Middle Eastern war zones and nearly 20% say they'd put them up in their homes. Hmm. See here for details of an Amnesty International survey. The UK also does very well.

Lucky Brits?: There may be as much as €2.64 billion available for these. This is the amount of money paid as deposits to builders who failed to deliver the contracted properties. This optimism stems from a “ground-breaking” (surprising?) court judgment in favour of those cheated. Details here. Personally, I wouldn't be too confident of seeing a single centimo. For at least another 5 years. And quite possibly ever.

Spanish Corruption: The domestic media regularly tells us that corruption is endemic here and that this is the most corrupt society among the original 15 members of the EU. And the New York Times has averred that Spain's system of government one of the most corrupt in Europe. So, how come one could live all one's life here and never witness it, even when buying or selling property these days? Well, the clue lies in the phrase 'system of government'. It's the politicians and bureaucrats who've acted for centuries as if they had a god-given right to plunder the national, regional and municipal coffers. So much so that it's virtually impossible to believe a single one of them is honest. Or poor. A related aspect is the scandalous lack of protection - to say the very least – for whistleblowers here. Quotes: 1. Spain is among a handful of European nations without legislation for whistle-blowers. 2. Spain has not followed up on OECD recommendations on this issue. 3. This lack of legislation, many here believe, has contributed to a culture of impunity. Spain is different, as they say. Will things change soon? I rather doubt it, despite public anger. The very corrupt PP party is most likely to be back in power quite soon. Your tribe is more corrupt than my tribe is the national motif.


Finally . . . . Are you Heaven or Hell bound? Here's one FB app which you might want to have fun with. But probably not.

Here are 3 fotos I took yesterday in one of the few streets in Ponteveda's old quarter where one can see dereliction. These 2 houses are side by side and represent terrific opportunities for reform, if you've got the dosh. 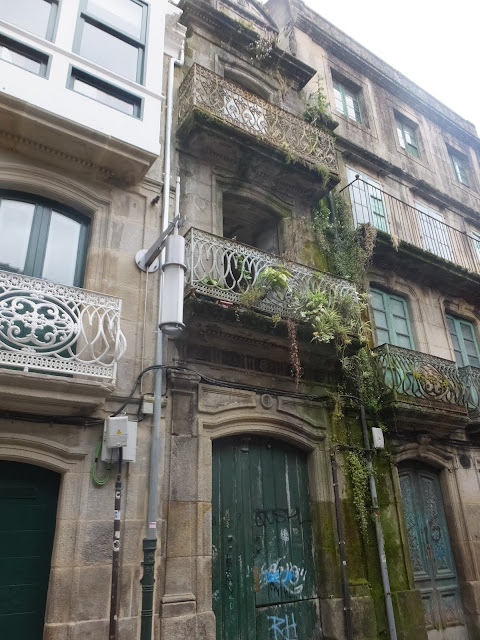 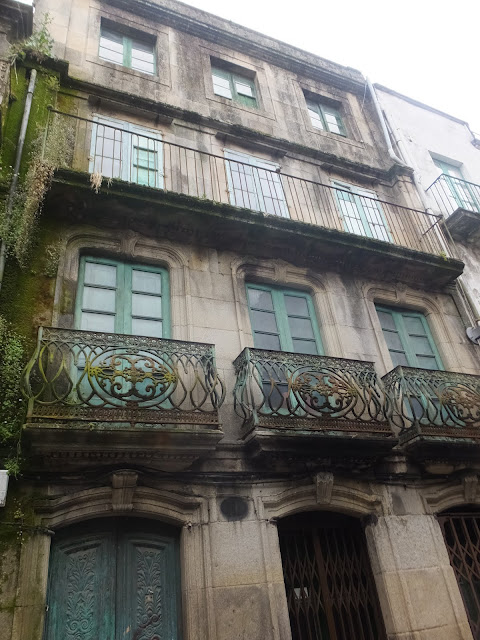 And this is a house in the same street which has recently been restored to itrs original glory:- 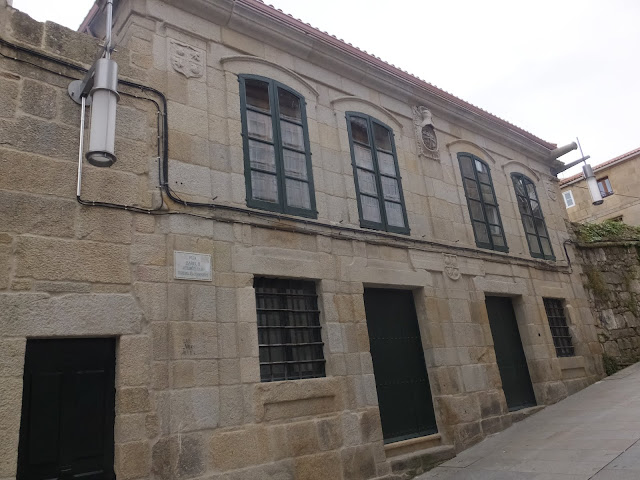 The foto doesn't really do justice to the mellow-yellow colour of the granite when the sun is on it. Thankfully, the doors and windows are of wood and not of that ubiquitous bloody plastic stuff with which tasteless folk ruin their renovations. Being very, very old, the place has its own family escudo(shield) on the facade. Two, in fact. 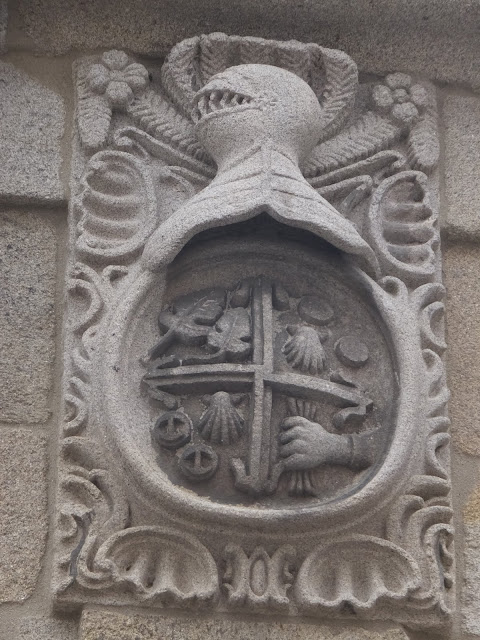 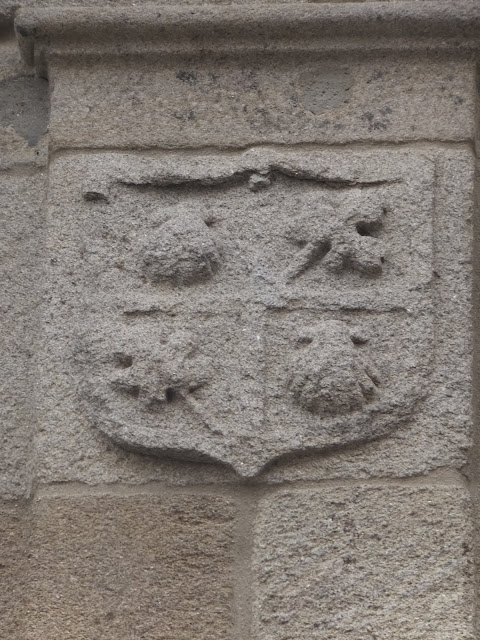