I've held off commenting on reports on a married Spanish couple cheating people out of c. €920,000 worth of donations for a child said to be suffering from a rare, fatal condition. This, of course, is reprehensible but what is even more noteworthy is how they were helped by a Spanish media which failed to check on any aspect of the story before using it for its own purposes. But I read this report last night and feel it merits citation. As the final paragraph says, addressing El Mundo: Shame on them. With a world awash in fake news, it does not help when senior journalists make stories up and their newspapers label them "victims" instead of sacking or suspending them and investigating their articles.

The British government is keen on checking whether you deserve benefits. In contrast it's decidedly lax about where its foreign aid goes, it seems. For it's got no idea where the £274 million it gave to the Strategic Climate Fund has ended up. Perhaps this explains why this is said to be a 'controversial organisation'. Easy come, easy go.

At least in the UK, articles on the end of the EU are on the increase. Witness 1: The single currency is really where it all started to go wrong for Europe. It was the point at which Britain’s slow divorce from the common market became inevitable; the UK could never have been a part of the much deeper levels of economic and political integration that a successful monetary union requires. And it was also the start of the economic malaise that now plagues large parts of the Continent. Witness 2: Achieving full fiscal and political union was always going to be difficult, even in the best of all possible worlds. But does anyone seriously think it is achievable in today’s Europe? So the other destination is now where the euro is headed. Only the route and the timing remain in doubt. What should replace the EU? Surely not a complete return to the status quo ante. We need some sort of loose, supra–national structure to underwrite free trade, friendship and co-operation. It is just that the EU is not it. Hear, hear. Say I.

I'm sure Turkey looks very modern and Western on the surface. As Iran has done for decades. But the post-coup numbers are truly shocking: More than 150,000 people have been sacked or suspended by presidential diktat, including 28,000 state school teachers; and more than 35,000 people have been imprisoned. All accused of being involved in a 'secret' conspiracy. Or of being infected with an 'anti-democratic virus'. Virtually all opposition parties and media have been wiped out, leaving the standard government-approved bodies. So . . . Why is the EU still talking to this country about membership? And: How can anyone justify going on holiday there? Postscript: Just read this in today's Times: Erdogan makes bid for absolute power: President Erdogan is a step closer to becoming Turkey’s unchallenged leader after a bill handing him sweeping executive powers was put to parliament. If passed, the constitutional change would bring about the most profound reform to the country’s political system since the modern Turkish state was founded in 1923. The 21 proposed amendments to the constitution would abolish the office of the prime minister and hand the president the power to appoint government ministers and vice-presidents. The president would also be able to appoint half of the members of Turkey’s highest judicial council.

Sky News employs an economics commentator who has an estuary English accent replete with semi-glottal stops in words like total and battle. And the other day I heard a BBC reporter talking about people in the UK being sent to hospitúl after being bi’ttun by a rabid dog. Am I alone in finding this an unattractive trend? Am I, indeed, the only person to have noticed it? 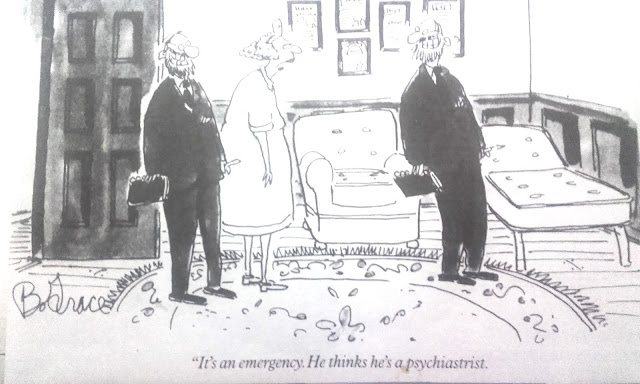 This article from The Times says it all:-

The Sunday Times writer AA Gill, one of the most gifted journalists of his generation, has died. He was 62.

Gill died three weeks after revealing he had cancer which had spread from his lungs to other parts of his body. He died this morning in a London hospital.

Martin Ivens, editor of The Sunday Times, informing colleagues of the death, said: “It is with profound sadness that I must tell you that our much-loved colleague Adrian Gill died this morning.
“Adrian was stoical about his illness, but the suddenness of his death has shocked us all.

Characteristically he has had the last word, writing an outstanding article about coming to terms with his cancer in tomorrow’s Sunday Times Magazine.

“He was the heart and soul of the paper. His wit was incomparable, his writing was dazzling and fearless, his intelligence was matched by compassion. Adrian was a giant among journalists. He was also our friend. We will miss him.”

Gill recovered from alcoholism to forge a successful career as a critic and journalist, joining The Sunday Times in 1993. He won British Press Awards for feature writer of the year and critic of the year.

The author JK Rowling described his work as “brilliant” and said he was widely admired among his peers and his readers for his superb writing and the breadth of his work, from his foreign dispatches to his restaurant reviews.

India Knight, a fellow Sunday Times columnist, wrote in tribute today: “He was the best writer. Nobody even came close.”

Gill was born in Edinburgh in 1954 to the television director Michael Gill and Yvonne Gilan, the actress. He was privately educated in Hertfordshire before studying at the Central Saint Martins College of Art of Design and the Slade School of Fine Art in London. He worked variously as a gardener, artist, shop assistant and cookery teacher before becoming one of the country’s most successful journalists.

In an interview with The Sunday Times last month, Gill said he had no regrets. He said: “I realise I don’t have a bucket list; I don’t feel I’ve been cheated of anything.

“I gave up [alcohol] when I was still quite young, so it was like being offered the next life. It was the real Willy Wonka golden ticket — I got a really good deal.”

He leaves his partner Nicola Formby, their two children and two grown-up children from his previous marriage to Amber Rudd, the home secretary.
Posted by Colin Davies at 8:24 am

The US DOE is under scrutiny, HMG should take a page out of Trump's Transition Teams' strategies, by questioning the Strategic Climate Fund in the same way.

TTT are asking 74 damned awkward questions such as: 1. Can you provide a list of all boards, councils, commissions, working groups, and FACAs [Federal Advisory Committees] currently active at the Department? For each, can you please provide members, meeting schedules, and authority (statutory or otherwise) under which they were created?

Author's observation: If I were at DOE, this first question would indeed set MY hair on fire. The easiest way to get rid of something is to show that it was not properly established … boom, it’s gone. As a businessman myself, this question shows me that the incoming people know their business, and that the first order of business is to jettison the useless lumber.

Author: Well, it sure sounds like the gravy train ride is over, and the labs will be asked to justify their existence. I would not be surprised to see some closed and some merged.

Estuary English speaking scumbags should be given 1000 cuts.