The BBC reports that Donald Trump doesn't believe Russian hackers interfered in the US presidential elections. My question is: Is there anyone foolish enough to think they know what Trump believes? En passant, in the latest edition of Private Eye, they cite major discrepancies between the published accounts of his UK golf courses and the grander claims he's made for them in US financial disclosure reports which he insists are more informative than his (as yet unpublished) tax returns. Their conclusion: Trump appears to be conflating income and revenue. Profit and sales, in other words. Either a schoolkid mistake or an egregious sleight-of-hand. I know what I believe.

I'm full of admiration for the Spanish priest - Ricardo Latorre - who's come up with an app (Confessor Go) that tells you - when you're desperate to confess your sins - where the nearest available priest is, any time of the night or day. Not only that - You get his full profile, including his foto. Not that I can understand why this is necessary. Unless you think a young guy is going to be more lenient with you than a 'conservative' Catholic. Essential if you're a 'menu/cafeteria Catholic', I guess. Click here to download the app - currently only available for Spain, I fear. Though you can find out if a priest speaks your language. On this theme of modernity, I've just read that: The Church is gradually becoming more 'digital' in Spain – Mass via podcast or even Skype and FaceTime is now the norm in a small number of parishes, particularly those with younger priests at the helm. Who'd have thought it? I can see confessions being done via an email form. Beyond that, I predict it'll eventually all be in the mind. You think you're at Mass and you are. I'm confident God will be happy with this, as it's surely the thought that counts.

For atheists, I've investigated whether there's yet an app called Shrink Go but apparently not. So, an opportunity there for someone.

Talking of technology . . .  Does Facebook take any notice at all of notifications of what you don't want to see? Or do they operate on the Spanish principle of doing whatever they like and then apologising profusely if they upset you?


If you know anything about British politics, you'll appreciate this Times cartoon on the theme of Jeremy Corbyn's position as Labour leader after last week's by-election in which this 'main opposition' party came 4th, after the Tories, UKIP and the Liberals:- 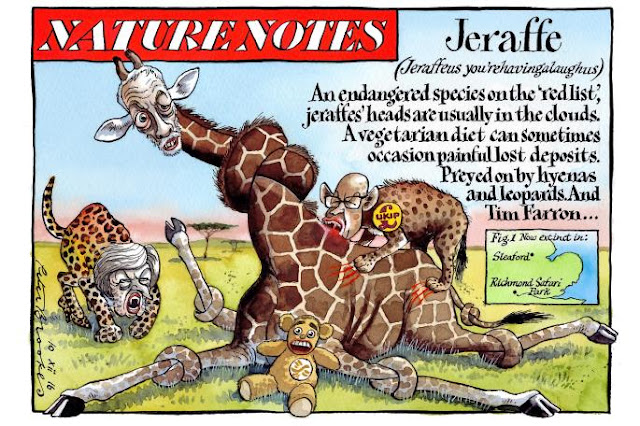 Back here in Galicia, someone official has told us we're certainly going to have the AVE high-speed train line by 2019, but only one track for a while. I doubt there's a single individual among our 2.8m population who believes this.

Talking of Galicia . . . If you add our rocky, hilly topography to the existence of a lot of old, cab-less tractors being driven by octogenarians, the inevitable result is a procession of fatal accidents. Which reminds me . . . Yesterday's papers reported that an 87 year old driver had killed a similarly aged pedestrian in Vigo. Sadly, not that an unusual a tragedy here. Earlier this year, another 87 year old crashed into a group of cyclists, killing 2 of them. At least, I hope it was a different driver.

Our local council here in Poio is spending €17,000 on Xmas street decorations this year, against €11,000 last year. An increase of 55%. One wonders why. But at least even drunk drivers should be able to avoid driving straight into roundabouts, as they're all to be lit up.

The Spanish Corner: Una brocha gorda: Literally A fat/thick brush.
Un pintor de brocha gorda: Either 'A painter and decorator, a house-painter' or ' A bad painter'
Hacerse brocha: To play the fool. 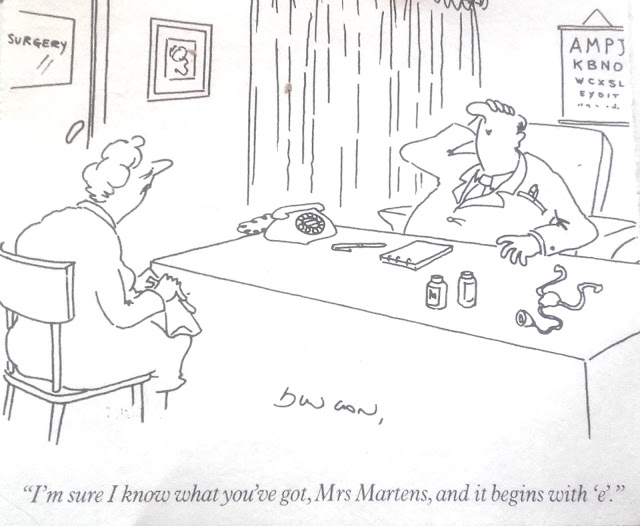