Just a couple of thoughts today . . .

Most of the raft of films on British TV this Xmas are rated only 2 or 3 stars. But one – Cannonball 2 – achieved only 1 and was described, pithily, as One of the worst films ever made. Naturally, I had to take a look. And found this to be an understatement.


I went to the Misc label in my Gmail account, to delete stuff. And was surprised to see how many people wrote to me between 2007 and 2011 about their interest in buying property in Galicia. Those were the days. None in the last few years, though.


And here's something I stumbled upon last night. First posted back in 2012, it merits re-publication. If only because, I'm still silver. Or, as my 2 daughters are wont to say: It's white, dad. White. In the UK, having 2 daughters is called A gentleman's family. Some compensation!

1. Grey Foxes exude an understated, dignified sort of glamour. They are refined, but not prissy. They are concerned with their appearance, but they are not obsessed with it. They are well-groomed, but not vain.
2. Grey Foxes are, by definition, still in possession of their hair. This is good.
3. They look surprisingly good in pink.
4. José Mourinho (the ultimate example of the salt-and-pepper fox).
5. George Clooney. Obviously.
6. Sir Stuart Rose. The Silver Fox in M&S clothing.
7a. The Grey Fox has made peace with the ageing process. More than that, he actively embraces it, because it suits him physically, probably more than dewy youth ever did. This minimises his chances of having a midlife crisis, which is, let’s face it, no fun for anyone.
7b. As a consequence, the Grey Fox is philosophically opposed to the tedious notion of “adultescence”: teenage-hood prolonged indefinitely. He does not play Call of Duty on his Xbox. He does not have an Xbox. He doesn’t believe in the wearing of sportswear for any occasion other than exercise. (He doesn’t really believe in the gym, either. Or jogging. Though he’s possibly very good at tennis.) He grudgingly uses a smartphone, but he turns it off outside office hours.
8. Roger Sterling (the actor John Slattery) from Mad Men.
9. CNN anchorman Anderson Cooper (the gay Grey Fox).
10. Grey Foxes know how to tie a scarf (see José Mourinho for reference) . . .
11. . . . and how to wear facial hair (the reputation of which has been somewhat besmirched by the ironically bearded and mustachioed youthful hipster brigade, but the Grey Foxes are working tirelessly towards reclaiming it).
12. Barack Obama (in a certain light).
13. Obama’s former chief of staff and the Mayor of Chicago, Rahm Emanuel, who is definitely a Grey, as opposed to Silver, Fox.
14. Once they’re over 50, Grey Foxes automatically qualify as “venerable”.
15. They can pull off a man bag. (Although no jewellery, other than cufflinks and a wedding ring. Anything more would clash with their hair and their general sensibility, tipping them into the region of flash, at which point, their Grey Fox credentials would be suspended. See Gary Lineker for further reference.)
16. Professor Brian Cox, physicist and Grey Fox in waiting. (It’s only a matter of time. The delicious anticipation.)
17. Matt LeBlanc in his BBC Two Episodes incarnation. (NB, LeBlanc has a substantial paunch, which would normally disqualify him from Grey Fox status, but he’s Italian and Italians are genetically inclined towards becoming Grey Foxes in middle age. It’s something to do with their eyelashes and their tradition for slight flamboyance in the lining of blazers.)
18. Grey and silver hair works especially well when juxtaposed against dark tailoring.
19. It also looks really good when accessorised with a tan.
20. Bill Nighy. (An anomaly, because he was strawberry blond. Traditionally, Grey Foxes begin life as brunettes. However, Nighy’s clever use of a dark-framed spectacle to offset the grey in his otherwise blond hair allows him to qualify. And – he’s Bill Nighy.)
21. Paul Weller. You do something to me.
22. Grey Foxes can, for some reason, get away with a polo-neck. This makes them the only remaining subsection of humanity that can.
23. Artist Julian Opie. But not Damien Hirst, who is too bedraggled to qualify. (See also: Bob Geldof. These are just famous men with grey hair. Not the same thing at all.)
24. And yet . . . Benicio del Toro! Who is bedraggled, but definitely qualifies as a Grey Fox.
25. Bill Clinton (there really is no point in fighting it).
26. Jon Snow, the elder statesman of Grey Foxes. See also: American satirist Jon Stewart (a Grey Fox with a sharp tongue, a highly beguiling combination); also Jeremy Paxman, a Fox in transition.
27. Howard Jacobson. Grey Foxes especially suit the literary tradition, not least because no one can walk around with a battered paperback peeping out of their coat pocket quite as convincingly.
28. And finally, Father Christmas. (Oh, come on now, he has a certain something.)

Have a lovely Xmas Day. I will be filling in the holes in my lawn that Ester's bloody dog has dug. 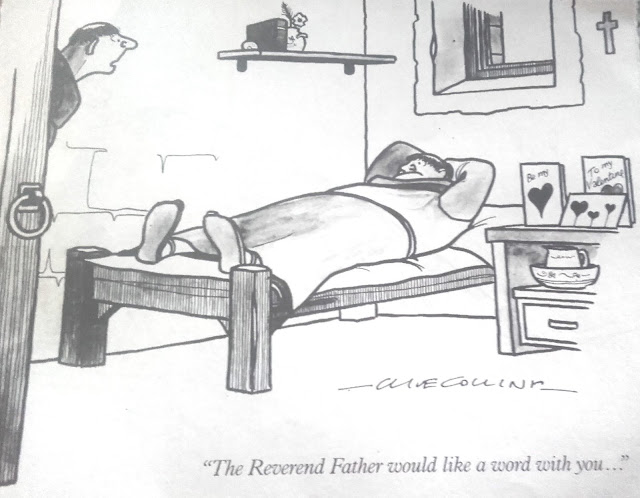