The monastery at Oseira: I forgot to say yesterday that the guide told us that its lands used to stretch from Oseira to Marín, next door to Pontevedra. Or 95km. But now I wonder if she really said Portomarín. A mere 54km away. Here's their official site, by the way.

I've noted that educational levels have improved in Spain. But 2 bits of bad news have taken the gilt off the gingerbread:- 1. Reader Sierra tells me that almost a third of 15 year olds are repeating a year, for the first or second time. And 2. Regional performance for this 'devolved competence' are reported to vary widely, resulting in 'intolerable differences'. As with health, of course. De facto federalism. Back in the UK where a 'postcode lottery' is an anathema, this would be considered totally outrageous and unacceptable. Dunno about the USA. Or, say, The Netherdlands.

Although Peugeot-Citroen have a large car factory in Vigo, they've chosen to locate their finance centre for  Southern Europe and Africa in North Portugal.There are some Brits here who are doing the same, in the face of the anti-foreigner measures being taken by the Spanish tax authorities. Particularly the infamous Modelo 720. And now there's this petty post-Brexit nonsense.

Columbians are in the local news this week. Six of them were arrested in the process of trying to cheat some of our own drug dealers, or narcotraficantes, as we know them. An interesting case which raises one or two questions. And then there there was a group of Colombians arrested in Madrid in the process of shipping tons of cocaine to our coast. Their local partners were also arrested. As were a large number of crooks in Morocco.

An enterprising couple have opened a new hostal cápsula along the camino francés in Palas de Reis. It consists of the sort of pods one associates with cheap Japanese hotels and is expected to be especially popular with Koreans attracted to the Camino by the works of writer-cum-filmmaker Kim Nam Hee.

New Spanish Phrase: Sudar tinta china: Literally 'To sweat a Chinese colour'. To make something difficult. As in Recuerdo muy bien haber pensado que el proyecto me iba a hacer sudar tinta china: I clearly recall thinking: "This is going to be tough".

Finally . . . When I heard a report that 10% of Brits - say 4 million people - have experienced being stalked, I was sceptical. But today I got the 3rd of 4th call from a guy who initiated a conversation with me in the supermarket last Saturday, and who wants to meet for a chat. Should have declined to give him my number. 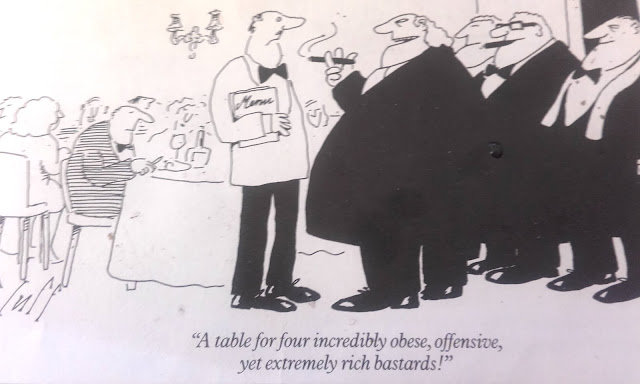