Road deaths in Spain have declined enormously since the dawn of the century but saw a slight uptick of 3% in 2016. Here in Galicia, the increase – at 16% - was higher than in most regions of Spain, though in the Pontevedra province deaths continued to decline. Cue reduction in our insurance premiums?? Overall, the Galicia total of 107 in 2016 compares with 380 in 2000.

I'll be travelling to Vigo by train later this morning. As with most trains in modern Spain – contrast, say, 1971 - it'll be very new and will arrive – more or less – on time. Above all it'll be cheap. In contrast, over in the UK rail-farers are said to be paying 6 times more than for their tickets than in the rest of Europe. Which is justifiably described here as scandalous. Whether it justifies a return to the execrable public service of a phoenix-like British Rail is another question. Few doubt that the UK network is now much better than it was – with the possible exception of Southern Rail – but this has certainly come at a price for the consumer. Elsewhere, of course, it's the taxpayers who pay for the subsidised state-provided services. Which is clearly less painful. At least for those who benefit from this largesse from non-rail travellers across the country. Looking back, at the time of union strife in the UK, rail privatisation seemed like a very good idea. But, if the government were starting with a clean sheet today, my guess is it'd go for the state-supplied service. But this doesn't look like even a remote possibility right now.

Galicia's 3 'international' airports in Santiago, Vigo and La Coruña might not be as competitive as, say, the nearby Portuguese facility in Oporto but they're all among the top 30 in the world when it comes to punctuality. Which just might, of course, have something to do with the density of operations. After all, Cardiff in Wales comes in at no 4.

In the rest of Spain, it's commonly believed it rains every day here in Galicia. Well, not quite. It's true that – up in La Coruña – it fell on 50% of the days last year but here in Pontevedra it was a mere 40%. And mostly in winter, of course. When, as I like to tell my British visitors, it rains here more than it does in Manchester. In contrast, Cádiz got rain on only 110 days last year and Malaga only a piffling 65. No wonder it's a dull brown down there. Though the people are quite colourful.

Something else I consummately failed to make the acquaintance of in 2016 was a film called La La Land. Which is a musical, I understand. This is a bit of a shame as I'm a sucker for good musicals. 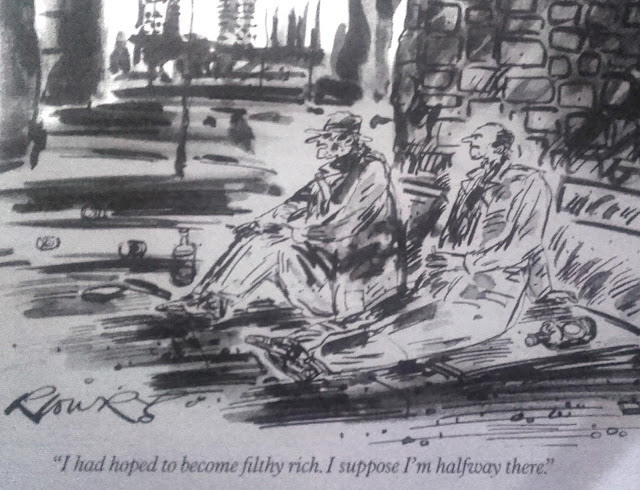 Finally . . . I continue to receive very genuine-looking emails which purport to be from Virgin Media about an account I don't have. Previously, they didn't use any surname when addressing me but now they do. A wrong one, as it happens. I've now started to receive messages from a site called Arab Dating Team, something else to which I haven't subscribed - not being an Arab. But I'm wary of clicking any link on a page I don't know or trust, so can't unsubscribe. I can only designate it spam. Meanwhile, it allows me to segue neatly into this (very) potted history of the Moorish occupation of Spain, which began in May 711 and ended – after 781 years - on January 2, 1492. A fraction over 525 years ago.

2 January 1492: The end of Moorish Spain and Islamic rule in mainland Europe.

In May 711, Tariq ibn Ziyad led an army of around 7,000 Syrians, Yemenis, and Berbers north from Morocco. The Islamic invasion of Spain had begun. He landed his forces at Gibraltar. (The name Gibraltar comes from jebel at-Tariq, meaning Tariq’s rock.) Heading inland, he found the Visigothic rulers fighting a civil war. Local Jewish populations and the faction supporting the dead king Witiza joined Tariq, and by July he had captured Toledo, the Spanish capital, and then Córdoba. In 712, Musa ibn Nusayr – Tariq’s boss, who was fresh from conquering the Maghreb for the Umayyads in Damascus – crossed from Morocco with another 18,000 men, and soon Tariq and Musa had taken two thirds of Spain. By 720 the Iberian Peninsula was under Islamic control.

Moorish rule in the region went through several phases. The heyday came in the tenth century, with the civilisation built around the Caliphate of Córdoba, of which the great mosque is a spectacular legacy. There were numerous attempts by Christian armies to retake the lost territory, but the Reconquista did not start to bite until combined forces from Castile, Navarre, Aragon, and Portugal scored a decisive victory at the battle of Las Navas de Tolosa in 1212.

As the tide turned, one by one the Moorish areas started to fall. The Balearics in 1235, Córdoba in 1236, Valencia in 1238, Seville in 1248, Faro in 1249. Islamic territory was eventually confined to a small segment of the south, in al-Andalus. Finally, in 1469, King Ferdinand II of Aragon and Queen Isabella I of Castile – los Reyes Católicos – married and united their kingdoms, sparking a new phase in the reconquest, culminating in the capture of Granada on 2 January 1492.


Muhammad XII, the last Moorish ruler of Andalucía, was spared. As he gazed down at the Alhambra Palace from Puerto del Sospiro del Moro (Pass of the Moor’s Sigh), he wept, and went into exile. An Islamic civilisation that had lasted 781 years in mainland Europe had come to an end.
Posted by Colin Davies at 8:50 am

Tariq marched first to Toledo and only then to Cordoba??

Why, he must have been using the same fine SatNav as you have in your car!

(Remember our shared journey to the town of Tomar??)

The Oscar screeners (DVDs sent out to voting members of the Academy), including La La Land, have been kept very tight this season - usually they're "available" in early December. Think they are now being individually watermarked, so it will be obvious who has leaked them.

P.S. The sound track album is available on iTunes

Do people really believe that the British train service is better than it used to be? You should see the rickety old trains used on Northern Rail. And they cancel trains at the dropmof a hat!
Another thing: I have read that one reaon why France and Germany can subsidse their train sytems and keep prices down is that they own a fair number of the British train networks, and thenbus networks for that matter,. Profits from these help subsidise their own national transport systems.

On La La Land, this from Mark Steyn:

Oh, dear. I had hoped I had a few more years before my views on this or that were put down to senescence and obsolescence. But, since the Age Card of "slow pacing" has been played, I ought to say that I saw La La Land with my kids at Merrill's Roxy in Burlington - the only cinema in northern Vermont or NH that was showing it - and, when we walked in, my daughter looked around at the crowd and said, "Hey, Dad, this is weird. Next to us, you're the youngest one here." Which wasn't strictly true: There was a callow millennial or two in attendance. But it was certainly an audience that skewed way older than Iron Man 9 or Cardboard Man 12.

As for my kids, their biggest disappointment was that it wasn't a musical, only a half-hearted semi-musical. There was an opening number, then a second number, and then, gradually, the songs petered out, until in the second half there were barely any at all. As my beloved daughter observed, "They didn't commit to the concept."

We may discuss this further on The Mark Steyn Show later this week. Meanwhile, see you on the radio.