First off . . .  Jack has now kindly sent me the video of the leghón ensemble doing their stuff in Pontevedra last week. That said, I'm not convinced it's been uploaded properly. Despite several attempts:-

I've just started reading A Stranger in Spain, written back in 1955 by H V Morton. Arriving in Madrid, he notes the usual stuff - the noise, the smoking, the paseo, the elegant women, etc. - but adds that the late eating hours are not a long tradition in Spain. (Or, rather, it wasn't in 1955. It's 70 years older now, of course.) So, one wonders why the custom caught on. And when exactly.

There was a program called Spectacular Spain on British TV last night, featuring an episode on Madrid. Somehow I managed to miss it, having confused myself about the right channel. But it's available here on Channel 5 catchup(My5). You need to be in the UK or to have a VPN to watch it.


Iberia doesn't really do soups. If you see sopa on a Portuguese menu, it at least means a form of vegetable soup. But in Spain - or Galicia at least - it means merely a thin liquid with some noodles in it. Unless its the caldo from the traditional cocido pig stew. I was tempted to conclude the concept of a range of real soups was unknown here but, truth to tell, I've had garlic-bread concoctions in Castilla and there's always the gazpacho of Andalucia. And this site suggests several more. Perhaps I've been a tad harsh, then.

Spanglish Corner: Reader Gardener has suggested a leghón is really a mattock but the latter seems to need an extra pick-like bit as well as the 90 degree spade, as seen here. Reader Paideleo (sceptically?) asks which English word might provide the base for a bit of Spanglish: Well, there's the leghorn chicken and a variety of hat. In the latter case, the word seems to derive from Livorno. You learn something every day . . .

Talking of Galicia . . . Our president has asked why the responsible Spanish ministry has been quick to clamp down on the private renting of holiday homes but not on the high prices of petrol/gas. But, of course, he knows as well as the rest of us that the common element is the protection of existing corporate interests. Something which Madrid is particularly good at. For whatever reason.

Finally. . . Just a couple of fotos from camino of this last week:- This one gave me a smile when I came out of our Barcelos hotel after the sleep less night. Some imbecile had been daft enough to park his/her car in spaces reserved for police cars. Right in front of the - hardly invisible - police station:- 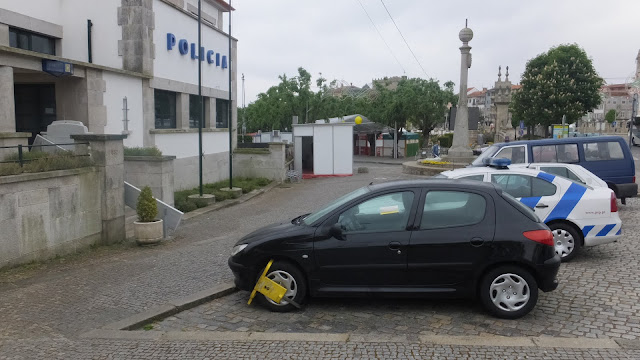 A friendly beast outside Vila do Conde:- 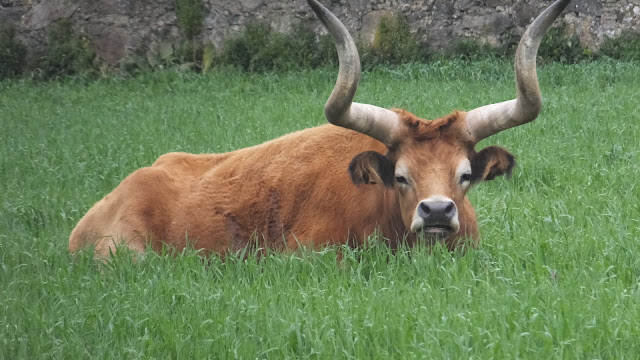 Consolatory views from the Casa do Campo B+B, in the wilds of Vitorino de Piães:- 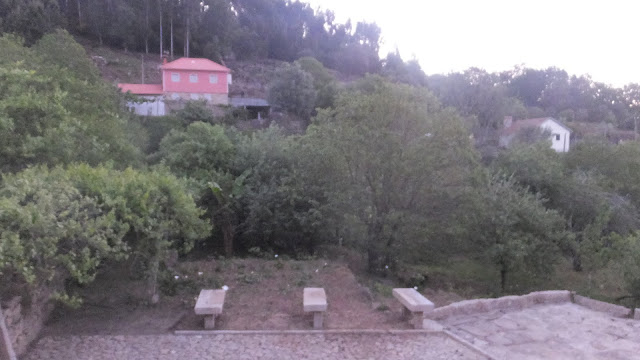 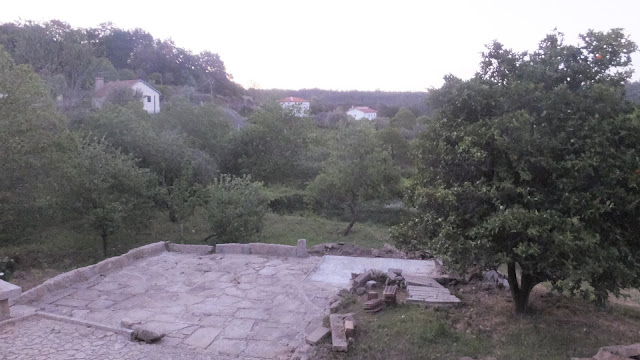