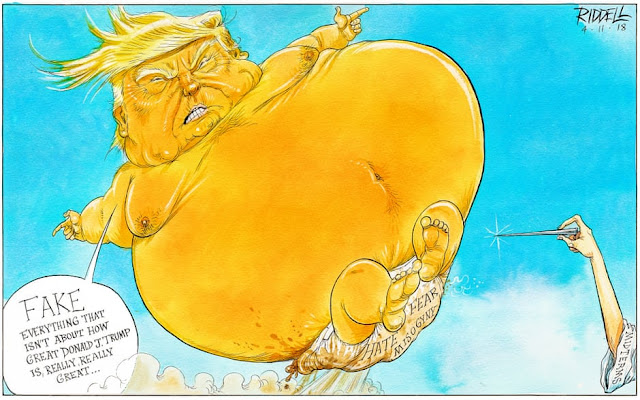 Death of the catchphrase is no laughing matter: Libby Purves, The Times

Ten years ago this Guy Fawkes night the BBC was battling a bonfire of reputation, ignited by two rogue rockets. Russell Brand and Jonathan Ross had broadcast a prank call to the actor Andrew Sachs’s answering machine in mid-October, Ross shouting “You f***ed his granddaughter” to Brand, who yodelled, “It was consensual and she wasn’t menstrual”, before giggling about how the grandfather might have a photo of her as a child on a swing. Ross asked if that was how the sex happened and later joked that Sachs might hang himself. By Hallowe’en there were more than 20,000 complaints and a prime ministerial rebuke. The pair had been suspended; the controller of Radio 2 had resigned. In early November the BBC issued a formal apology and lost another executive.

There was fury in the comedy world because most complainers hadn’t actually heard it before a newspaper picked it up (Charlie Brooker snarled at “sanctimonious crybabies indulging in a wretched form of masturbation”). The fear was that it would lead to censorship and “make comedy more boring”. Having heard the whole recording I was mainly surprised that better comedians bothered to align themselves with something that was not funny at any but the most moronically laddish level, and which was a real answerphone message to a real home, ridiculing a real woman. Before his death eight years later Sachs said that it still hurt: “It was a bad time, it’s the worst thing that ever happened to our family, worse than the Nazis. Dear, oh dear.”

It did cause some tightening-up of compliance but more interesting is that so many makers of real, skilful comedy felt that giggling buffoons on a DJ show were their brothers-in-arms. It was as if the Royal Shakespeare Company had flown indignantly to the defence of someone scrawling “bum!” on a wall. Brand was certainly an inventive stand-up but the boom in that genre had made people like him hot properties to broadcasters because they could fill airtime with supposedly edgy wittering. Meanwhile, non-comedians such as Jonathan Ross realised that being a presenter-interviewer was more saleable if you focused on banter, often (in his case) at an interviewee’s expense. Of course some DJ-entertainers are a delight, but there are not many Wogans, and most score no higher on the laughometer than any pub wag. But they are legion, and the decade since has seen a drastic waning of the real thing: classically “built” comedy.

Sketch shows were once a TV staple: from Morecambe and Wise and The Two Ronnies to Harry Enfield, the matchless Victoria Wood and any number of duos, some brilliant. They have eroded, Tracey Ullmann’s Show a freakish exception. On TV you are more likely to encounter Alexander Armstrong, David Mitchell, Catherine Tate, Rebecca Front or David Walliams on a game show or “hosting” some trivia than in well-written, tightly selected sketches. They all have other strings to their bow, but the old lightning-brilliant miniatures we remember have to be sought out, lovingly, on YouTube.

Viewers adore good sketch shows and cherish the catchphrases, yet now it is hard to pitch one and harder to keep it running. Armstrong and Miller, French and Saunders, The League of Gentlemen, The Fast Show, Harry Enfield and Chums fade into history like music-hall. Nobody has come near the intricately worked brilliance of Victoria Wood’s sketch-show prime. As for sitcom, in the post-Netflix world, high-voltage drama sucks up the money.

Chatty shows and panel games are cheap, and offer familiar faces and snippets of forgettable amusement. They can be fun but improvisatory genius is rare and not every panellist is Paul Merton. So, like the DJ banter, they are thin gruel compared with the solid cake of half hours of painstaking sketch or situation comedy. A risk-averse broadcaster will understandably shy at the costs of set, cast and filming, because for every legendary hit a dozen others fail. We still get flashes of sitcom brilliance: Motherland, John Morton’s Twenty Twelve and W1A, or Jack Dee and Pete Sinclair’s Lead Balloon and Bad Move (which ITV collared). But it is tougher to launch one, and without a known star almost impossible.

Maybe there is a case for making less into more: take some of the highest, starriest fees for that thin gruel of cliquey banter and feed it back into built comedy? Risk failure, because when it works it nourishes us, teaches us about ourselves and our country. Anyone over 30 can define the decades by remembered lines, some inherited from parents. “That’s nearly an armful . . . You DIRTY old man! . . . Oh Bishop, h-h-how unkind! . . . . Don’t tell him, Pike! . . . four candles . . . This is a late parrot . . . Sweetie darling! . . . I remember when pants were pants, you wore ’em 40 years and cut ‘em up for panscrubs . . . Yeah but no but . . . Considerably more money than yow!” You will have your own, sweetening daily life. Any duff technical repair in our house finds someone channelling Patricia Routledge as Victoria Wood’s “Kitty”, snapping: “Well, he waggled my aerial and wolfed my gipsy creams, but that’s the comprehensive system for you!” Finicky behaviour brings up Richard Briers in Ever Decreasing Circles. Absurd PR conjures up Siobhan Sharpe. Some nights the political news is pure Yes Minister.

Great comedy feeds us, like poetry. DJ banter, topical snidery and panel-show giggles are evanescent. When mayfly comedy grows at the expense of the real stuff and hollow star banter outranks creative writing, we are the poorer.
at November 05, 2018