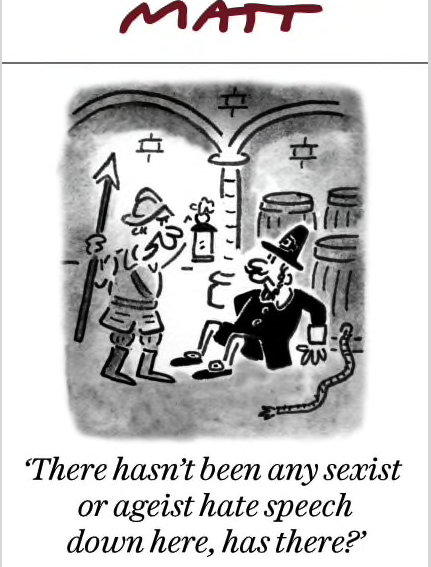 The only thing Trump seems to fear is running out of fear itself: Richard Wolffe

The economy is booming but it is less Morning in America, more Recurring Nightmare. Truly, this is a Fox News election

By this stage of the Trump presidency, our greatest of great leaders promised, we would be winning pretty much in every sphere of human civilization. The economy, the military, healthcare, fantasy football, the Mega Millions lottery. You name it.

In fact, he predicted that all this orgasmic winning would be so awesome that we would obviously be tired and begging him (please!) to stop with all the winning.

This game of fantasy politics is not just some alternate universe that occupies an alarmingly sizable proportion of the president’s very, very large brain. In his delusional nirvana of the future, Trump understands, nobody will ever be truly happy. His exhausted fans/lovers will beg him to stop, but he will deny them even that shallow pleasure.

It’s less Morning in America than our Recurring Nightmare in America. Which helps explain the curious crisis of Trump’s closing arguments in these midterm elections.

As Friday’s jobs data vividly underscored, this should be – at least economically speaking – an optimistic time in American politics. The economy is stacking up historically large numbers of new jobs, continuing a winning streak that awkwardly started under, um, Barack Obama all of 97 months ago. The unemployment rate stayed at the winningly low rate of 3.7% (a 49-year low) while wages rose 3.1% over the year.

For most politicians, this would be a frabjous day. But there are no calloohs or callays in this Trumperwocky

For most politicians, this would be a frabjous day of well-nigh full employment and fatter paychecks. But there are no calloohs or callays in this Trumperwocky.

There are just rock-wielding caravans of disease-plagued murderers invading a fragile nation at risk of imminent collapse from the enemies within: notably the media and a bunch of radical leftwing mobs in cahoots with a suspiciously Semitic man called Soros. If you haven’t already spat out your dentures, you’re not watching Fox News.

This is not a small challenge for Republicans across the country and for the Trump campaign as it looks to 2020. Much has been made of Trump’s determination to play to his base and alienate suburban voters – especially Republican women – who could, you know, decide these contests.

But Trump has an even greater limitation than his love of his own loving base. He is the candidate of crisis: not just a smash-mouth street-fighter but a peddler of the impending apocalypse.

This type of candidate gains traction after a genuine crisis, such as a once-in-a-lifetime financial collapse whose suffering lingers on for many years into the recovery. Such a candidate might live off the fumes of crisis as long as distant terrorists unsettle us.

However, it’s hard to keep a good crisis going when your voters are feeling pretty secure, at a time of relative peace and prosperity. You end up grasping at Halloween ghouls that make you look weak and out of touch. This kind of populism is only popular when things are truly scary.

What happens when 15,000 troops arrive at the Mexican border to watch an empty horizon that will not be filled with a couple of thousand unarmed civilians until next spring? How will this TV show continue without a meaningful cliffhanger? Even if George Soros flies the entire caravan to the border on a fleet of private jets, is there any suspense in seeing how the US military uses its five-to-one advantage in manpower, never mind firepower?

To use a flattering historical example, British voters famously decided that Winston Churchill was a fine wartime leader, but that the old racist rabble-rouser wasn’t exactly the national leader they wanted for peacetime. Trump may have been – for a minority of the popular vote – a better choice to shake up the system than Hillary Clinton. But the only people who want to shake up the system now are the anti-Trump resistance, and they are voting early in record numbers.

To use a less flattering European example, Italian voters decided time and again to ignore the proto-fascism of Silvio Berlusconi because he looked like he was having fun. He may have been a grotesque national embarrassment, but between his wealth and his women there were plenty of older Italian men who found him an aspirational figure.

Trump, on the other hand, rarely looks like he’s having fun. He may still appeal to older, white men. But he radiates resentment and racial fears at a time when the only people who find that aspirational are pipe-bombers and mass murderers.

So we have the weird sight of a president celebrating the good economic news by expressing his shock and fears about natural disasters.

“I will say that we had tremendous jobs numbers today,” he told reporters on Friday. “That was shocking to a number of people. That was shocking by any standard and that’s despite the hurricane.”

Trump thinks that “shocking” is a good thing. That sentiment echoed his tweetabout the jobs numbers on Friday, which expressed his surprise at the data: “Wow! The US added 250,000 Jobs in October – and this was despite the hurricanes.”

He could have said the jobs numbers were thanks to his own deficit-busting tax cuts or his environment-crushing deregulation. But no. He did tweet, two hours later, a photo of himself in a Game of Thrones design, warning darkly about sanctions against Iran. So let the good times roll!

In between tweets, he continued to stoke outrage and concoct crises by blaming the media for domestic terrorism and saying it was OK for US troops to shoot migrants who might throw rocks.

This is a parody of the terrorist-whupping presidency of George W Bush, whose own claims to national security superiority collapsed in the civil war in Iraq and the waters that flooded New Orleans. Bush was more than just a gunslinger: he aspired to Reaganesque sunshine about America’s present and future.

Trump has neither political quality; he is a one-dimensional politician. He can’t or won’t keep the nation safe against domestic terrorists whose twisted ideology he has tolerated and even endorsed. He can’t or won’t inspire the nation to optimism because he is animated by a sense of impending doom.

That crisis is real for Trump, but it isn’t coming across the border. It’s arriving next week with a Congress that will no longer shield him from investigation. And it’s probably arriving soon after that with a Mueller report that needs to claim asylum outside election season.