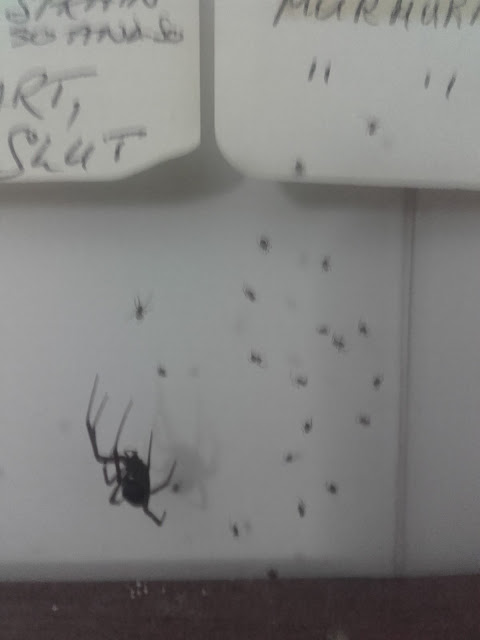 What if The Times ran an article on teenage self-harm illustrated with graphic photographs of a girl’s wrist glistening with blood and a noose strung from a wardrobe rail? This would breach the Ipso Editors’ Code on not encouraging “imitative acts”; the Samaritans would condemn us for promoting suicide as a solution, and depicting methods. A newspaper is rightly constrained by these and other factors, from responsibility to younger readers to human decency and good taste.

What did it take for Instagram this week finally to address thousands of photographs and videos of pale arms covered in open wounds, tapestries of old scars, bloody fingers gripping razor blades and endless hanging imagery? It took the suicide of a 14-year-old girl, Molly Russell, whose father says “I have no doubt that Instagram helped kill my daughter”; a Sunday Times campaign; the mounting fury of politicians and, most crucially, the looming threat that if social media doesn’t show a “duty of care” to children, it faces government regulation.

Like a drug gang flushing its stash as police hammered on the door, Instagram knew it was busted. More than 30 other parents whose children had also taken their own lives had come forward to support Mr Russell’s clear condemnation, and teenagers were speaking up about how they’d display their fresh cuts to thousands of followers, how hashtags like #cutting or #worthless felt like being in a club, where slashing your wrist was normalised and thus felt safe. Yet Molly Russell had finished her homework, packed her school bag for the next morning: whatever she was trying out, she didn’t expect to die.

For years desperate, disgusted parents tried in vain to report the most gruesome images and received only a shrugging automated response: “This does not violate Instagram’s community standards”. As charities raised concerns, Instagram brought in a pop-up screen so if you searched #selfharm a message suggested you go for a walk, take a nap or phone a helpline. But you could override that with a click, and then scroll through thousands of bloody images, plus little death homilies like “One Day This Will All Be Over” or “Just let me fly away” and the faces of distressed, tearful, smudged-mascara girls.

But Instagram, owned by Facebook, did not take down the self-harm photographs and has still not banned these hashtags. Up until the moment their dereliction of responsibility was the top item on the BBC Ten O’Clock News, they held the line they were a neutral platform. They tried their best, but the site was too vast with too much content uploaded hourly: their moderators were swamped. Besides, what about freedom of expression — hey, we’re not like China!

Now Instagram has made it a little harder to find self-harm material, making some hashtags non-searchable and promising to put “sensitivity screens” over gruesome images, although these are easily clicked through. It took me mere moments to find more blood and nooses. When the fuss has died down, how careful will the site remain?

What is most disgraceful is that online firms had the technology all along. If Pinterest’s algorithm could detect that Molly Russell liked bloody wrist images and thus recommend more (even after she was dead) it could be used to take them down. Tumblr used technology to wipe itself clean of pornography; Facebook deployed an algorithm to erase every last nipple. Only when driving web traffic becomes a lower priority than the tainting of a brand’s image (and lowered share price) will social media companies find a way.

Nor does Instagram lack the funds for proper moderation. Facebook’s fourth quarter profits for 2018 were $6.9 billion, up from $4.3 billion last year. It claims to employ thousands of people in all countries to scan images, but in interviews low-paid moderators report that they must adjudicate instantly on thousands of horrific images a day without specialist training. Why, asks the technology journalist Jamie Bartlett, author of The People Vs Tech, can they not contract out self-harm moderation to experts like the Samaritans?

The global truth, from Pakistan to Palo Alto, is that teenage girls are always just collateral. Why should the tech warriors of Silicon Valley, mainly single male geeks, have their open internet compromised by hormonal, self-dramatising females? Nick Clegg, Facebook’s new head of global affairs, was asked if he would let his sons view these bloody images: “Of course not!” But then Bill Gates and Steve Jobs denied their children access to the same technology they hard-sold to ours, while Silicon Valley kids are sent to screen-free schools. Those who preach that parents should install adult content filters know they aren’t good enough.

What Instagram wants is to put the Molly Russell affair behind it, prove it has listened and fulfilled its corporate duties, and swerve regulation. But its parent company Facebook has proved, from its US election interference to its recent purchase of children’s phone data, that it cannot be trusted. Germany has introduced fines of about £44 million for social media companies that do not instantly remove hate speech. In France, civil servants are to be embedded with Facebook for six months in what President Macron has called “smart regulation”.

The British government’s online harms white paper will soon be published, with findings on social media transparency. Time and again, vast secretive and rapacious companies have been allowed to float above democracy and morality under the premise of being neutral and ephemeral. It is time for proper regulation, spot checks and hefty fines. Images that suggest suicide is the solution to a 14-year-old girl’s passing storms are no less evil on social media than on the pages of The Times.
at February 03, 2019