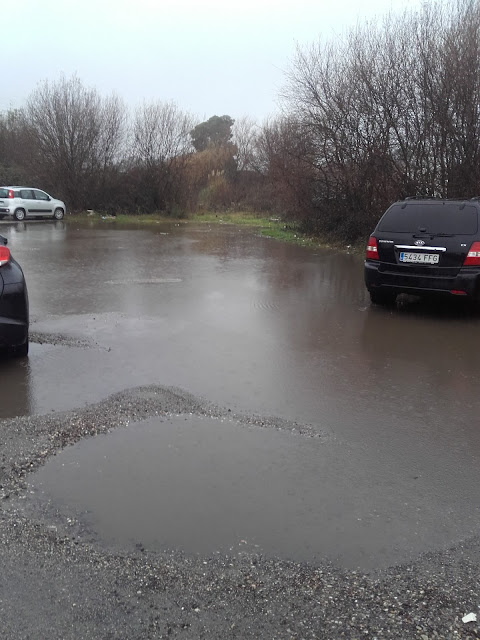 We no longer live in a democracy. We live in an “emocracy”, where emotions rather than majorities rule and feelings matter more than reason. The stronger your feelings — the better you are at working yourself into a fit of indignation — the more influence you have. And never use words where emojis will do.

There was a time when appeals to emotion over facts were regarded as the preserve of the populist right. But truthiness — the quality of being ideologically convenient, though not actually true — is now bipartisan. Last week on the CBS show 60 Minutes, host Anderson Cooper confronted the 29-year-old congresswoman and social media sensation Alexandria Ocasio-Cortez with some of her many factual errors. Her reply was that of a true emocrat: “I think,” she replied, “there’s a lot of people more concerned about being precisely, factually and semantically correct than about being morally right.”

A good illustration of what Ocasio-Cortez means by morally right was her claim, in an interview on Monday, that “the world is going to end in 12 years if we don’t address climate change”. Another was her assertion that “a vast majority of the country doesn’t make a living wage”.

She may be young, female, Hispanic, good-looking and left wing — in every way the anti-Trump — but Alexandria Occasionally-Correct shares with the president a genius for the crucial tool of emocratic politics: social media, where moral truthiness always travels faster than the boring old dry-as-dust vérité.

Just how harmful emocracy is became clear last weekend when the following headlines appeared: “‘It was getting ugly’: Native American drummer speaks on his encounter with MAGA-hat-wearing teens”. And: “Boys in ‘Make America Great Again’ hats mob Native elder at Indigenous Peoples march”. The former was in The Washington Post, the latter The New York Times. The reports were calculated to elicit a torrent of emotion. And they did.

What actually happened was as follows. A group of boys from Covington Catholic High School, Kentucky, were in Washington to attend a rally organised by March for Life, an anti-abortion group. They ended up in an altercation near the Lincoln Memorial with a small group of Native Americans.

One of the latter, Nathan Phillips, told reporters that he had heard the boys chant, “Build that wall”, and, as an opponent of Trump’s border wall, he had approached them to remonstrate. A short video, first posted on an Instagram account and then reposted to Twitter, appeared to show one of the Covington boys barring Phillips’s way. “This MAGA loser gleefully bothering a Native American protester at the Indigenous Peoples March,” tweeted @2020Fight. The confrontation seemed to encapsulate the culture war in the age of Trump. Emotion, not facts — and certainly not rigorous reporting — drove it with astonishing speed from Twitter to primetime news.

We now know — thanks to other eyewitnesses and a much longer video — what really happened. The Native Americans were indeed abused, but by a handful of members of the Black Hebrew Israelites (BHI), an African-American sect. The BHIs, who specialise in ranting at passers-by, are a familiar sight in Washington but not in Kentucky. As they awaited their bus home, the boys of Covington Catholic watched their antics with mild curiosity.

It was the BHI preacher who directed the attention of the Native Americans at the boys. The boys did not chant, “Build that wall”, but responded to the abuse now being aimed at them by the BHIs with good-natured school sports chants. When Phillips and a few other Native Americans marched towards them, beating drums, the boys at first joined in, dancing to the drumbeat. Only then did things become strange.

Still drumming, Phillips approached one of the boys, Nick Sandmann. Clearly uncomfortable and uncertain what to do, Sandmann froze, but Phillips went right up to him, beating the drum so close to his face that the boy was blinking. His forced smile, it is clear, was one of embarrassment, not contempt. True, he was wearing a MAGA baseball cap. But that was a souvenir of his trip to the nation’s capital. Meanwhile, the BHIs kept up their stream of abuse directed at the kids. The boys did not respond in kind; they booed the BHI preacher only when he used the word “faggot”.

As the father of four boys, I give the Covington Catholic pupils an A for self-restraint. Unfortunately we live in an emocracy, where self-restraint is at a discount. The Twitter account that helped spread the video, @2020Fight, purported to belong to a Californian teacher named “Talia”. The fact that the profile photo was of the Brazilian actress and blogger Nah Cardoso did not trouble the Washington Post editor who assigned reporters to cover the story. Nor did he worry when they filed copy based largely on testimony from Phillips. This scoop was too deliciously truthy to waste time on tedious things such as investigation and corroboration.

With equal haste, numerous journalists offered judicious commentary. This was Kara Swisher, a New York Times contributing opinion writer: “To all you aggrieved folks who thought [the new] Gillette ad was too much bad-men-shaming, after we just saw it come to life with those awful kids and their fetid smirking harassing that elderly man on the Mall: go f*** yourselves.” The former CNN host Reza Aslan, who claims to be a scholar of religion, asked: “Honest question. Have you ever seen a more punchable face than this kid’s?”

By Sunday, because of these emocrats, Sandmann was receiving “physical and death threats via social media, as well as hateful insults”. On Tuesday his school was forced to close. I don’t always agree with Trump, but his Twitter verdict was spot-on: “Nick Sandmann and the students of Covington have become symbols of Fake News and how evil it can be.”

Emocracy manifests itself in many places: on campuses, for example, where trigger warnings and safe spaces exist to protect students’ feelings, and in the #MeToo movement, where “I believe her” often trumps due process. But it is the media, both social and traditional, that have made emocracy ubiquitous.

A final word about the word emocracy. I didn’t come up with it — credit goes to my wife, Ayaan Hirsi Ali, who used it in a speech she gave earlier this month. It was an off-the-cuff invention. I might never have known about it, had not the eminent scientist Richard Dawkins been in the audience. He liked it so much, he tweeted it.

After all the abuse I have heaped on social media in this column, you may think that makes me a hypocrite. But please note: I did not retweet the Dawkins tweet until I had done some fact-checking, which turned up only two previous uses of the word emocracy, in 2008 and in 2017, both in obscure places. The Washington Post (“Democracy dies in darkness”) and The New York Times (“All the news that’s fit to print”) might consider trying that the next time their emotions run away with them.
at February 02, 2019