And here it is today:- 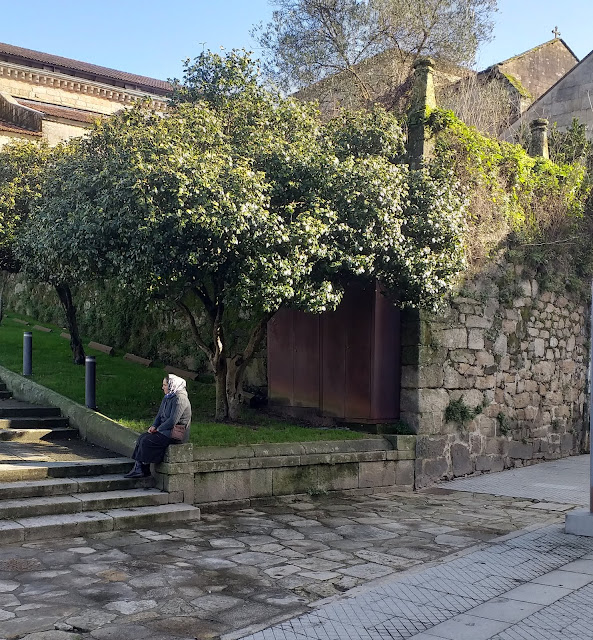 It's no longer a place for trading but the large bus of the Xunta's blood transfusion service does park there from time time. The woman on the steps - almost certainly a Romanian gypsy - is seeking alms from the churchgoers. Or, as we call it these days, begging.
The EU
The USA
Way of the World
Finally . . .
THE ARTICLE

The Spanish Latin lover: a strictly domestic myth? A visual inquiry about the role of eroticism in Spanish tourism imaginaries (1950-70). Alicia Fuentes Vega

The character of the Mediterranean Latin lover became increasingly popular in late-Francoism Spain owing to a subgenre of films that exploited masculine phantasies of sexual encounters with foreign tourists.

Building on a visual analysis of several media (brochures and magazines, Government propaganda, guidebooks and travel books, postcards), this paper examines the actual presence of the Latin lover in Spanish tourism imaginaries during the Franco dictatorship.

Despite its important role in the hegemonic narrative of Spain’s tourism boom as a liberalizing factor that clashed against the regime, the myth of the Spanish Don Juan remains absent from the destination image intended for foreign audiences.

This suggests that its circulation was strictly domestic, and reinforces its interpretation as a governmentality device.
at November 30, 2019