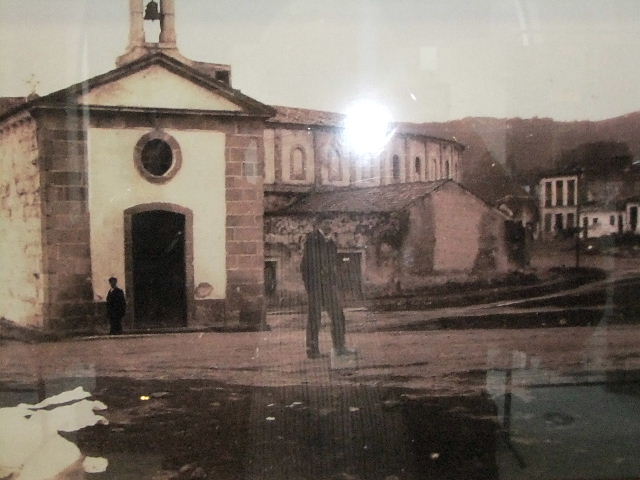 It seem to me the chapel's been expanded into a small church, and the bell tower moved and doubled in size. And the bullring is another building that's been extended upwards.
The UK
Way of the World
- The woman who set it up is now thought to be living in one of Frankfurt's poshest districts, and defying the authorities. One wonders how she can get away with it.
- Some of the pyramid-sscheme shysters who made a fortune from it now claim they didn't know OneCoin was a scam and have moved on to a remarkably similar DagCoin. Not to be confused with DigCoin or Dogecoin.
- As the BBC journalist puts it in episode 8 here: It would be comforting to think that this was just the work of one evil genius. That would be easier to understand and easier to stop. But Dr Ruja has identified and exposed the weak point in our social immune system which have allowed this to happen. She knew that there'd be enough people either desperate enough or greedy enough or confused enough to take a bet on OneCoin. She knew that truth and lies are getting harder to tell apart when there's so much contradictory information online. And she knew that society's defence against OneCoin - the lawmakers, the police and also us in the press - would struggle to understand what was happening. And she knew that, by the time we realised it, she'd be gone. Maybe, above all, Dr Ruja understood an even more difficult truth - that the difference between a straightforward scam and the complicated but legal word of finance and money isn't as clear-cut as we think it is. OneCoin wouldn't be possible unless we lived at a time when people really do make millions simply be betting on cryptocurrencies, complicated derivatives and high-frequency currency deals. OneCoin sounds plausible to so many people because it is plausible. Dr Ruja pulled off one of the scams of the century but it was only possible because the conditions were in place. Those conditions are still in place.