Spanish life is not always likeable but it is compellingly loveable.
Christopher Howse: A Pilgrim in Spain
Spanish Politics

Today, it's impossible to get a view from at or near the same spot, thanks to the existence thereabouts of the AP9 autopista, a cement factory and the barracks of the Guardia Civil. But you can get an idea of the urban development from this zoomed camera shot, taken from my eyrie:-

The little white (fishermen's) houses in front of the church were much closer to the river back then, as land reclamation has since narrowed the latter.

BTW . . The Campillo mentioned in the song is just to the left of the church as you look at it. Not so long ago, they discovered some of the medieval walls of the old city below it.
- Germans: 16%. Mostly single women on the camino, it seems to me.
- French: 13%
- Portuguese: 9%
And the countries of the fastest growing groups of guiris - China, Canada and Switzerland.

Germany
The USA
Way of the World 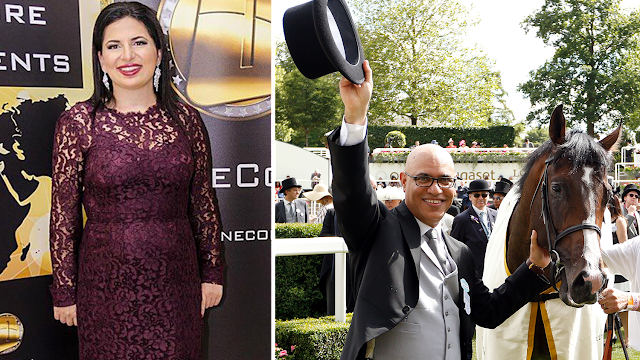 A racehorse owner who had a winner at Royal Ascot this year has been accused of being a key figure in a £4 billion crypto-currency fraud.

Amer Abdulaziz Salman, 56, was named in criminal court proceedings as being involved in the OneCoin pyramid scam.

A New York court was told that Mr Abdulaziz, the owner of Phoenix Thoroughbreds, laundered money that had been invested in the OneCoin scheme through a racing investment fund.

The allegations prompted a strong statement of denial from the company.

Phoenix said it “categorically denies” all allegations made against it and Mr Abdulaziz in “legal proceedings against OneCoin and its conspirators in the US”.

The claim emerged as Mark Scott, a US lawyer, was convicted in New York of fraud and money-laundering charges in connection to allegations around OneCoin.

During that trial, Konstantin Ignatov, the brother of Ruja Ignatova, the OneCoin founder, agreed a plea bargain deal with US prosecutors.

According to a report in the Racing Post, when giving evidence during Scott’s trial, Ignatov told the court that Mr Abdulaziz was “one of the main money-launderers for Ruja”.

The newspaper said that it had seen a draft transcript from an interview last year between Scott and FBI agents after the lawyer was arrested on suspicion of money-laundering.

Scott is reported to have claimed that an investment fund in Dubai named Phoenix was sent millions of dollars that had allegedly been invested in OneCoin.

The newspaper said that Mr Abdulaziz launched his company Phoenix Thoroughbreds in 2017 as an equine investment fund and that he claimed to have raised $250million. Mr Abdulaziz is a prominent figure in the racing world on both sides of the Atlantic.

Tens of thousands of Britons invested about £100 million in OneCoin and were among victims from 175 countries when the scheme began to unravel in the autumn of 2017.

The statement from Phoenix said that the business and Mr Abdulaziz “have acted according to the law at all times, and will vigorously contest all allegations of wrongdoing”.

It said it would “fully cooperate with relevant authorities should they require any assistance” and that the fund was “currently seeking legal advice and will take appropriate action against those involved in the publication of false and defamatory statements”.

It is understood that Mark Scott, 51, will be sentenced for his role in the OneCoin fraud early next year.
at December 03, 2019