Note: My friend Peter Missler was critical of me putting that heading above every post but I ignored him. Now, every time I write it, I'm forced to think of him. Which is not necessarily a bad thing, of course. 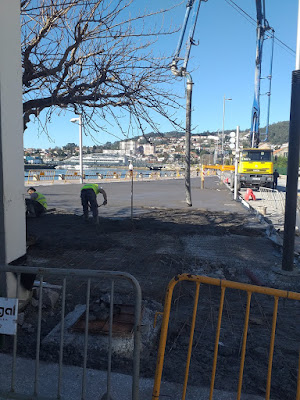 2. The piles of rubble I mentioned at the Lérez end I yesterday:- 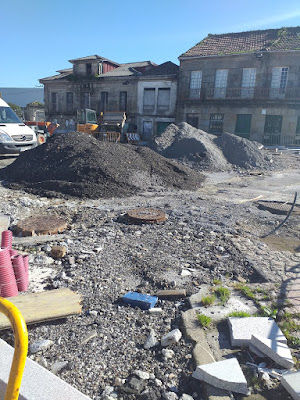 3. Then almost-finished railings on the east side of the bridge, at the city end:- 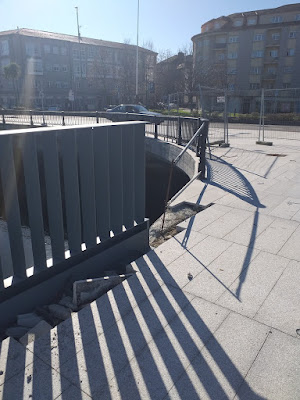 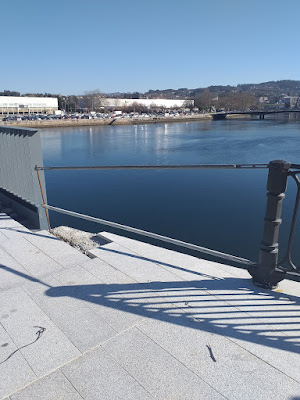 4. Finally . . . Finishing the railings on the west side of the bridge, now that it's stopped raining:- 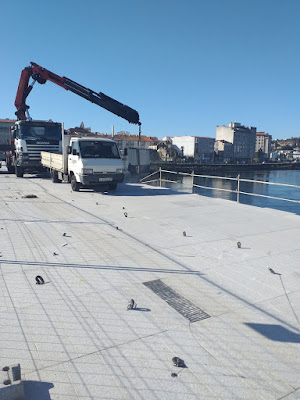 Maybe it really will all  be finished by Easter . . .