Spanish life is not always likeable but it is compellingly loveable.
- Christopher Howse: A Pilgrim in Spain*
The Coronavirus: A Less Negative Take
Life in the Time of Something Like Cholera
The EU
The USA/Shyters Corner 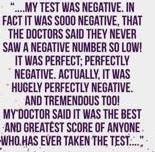 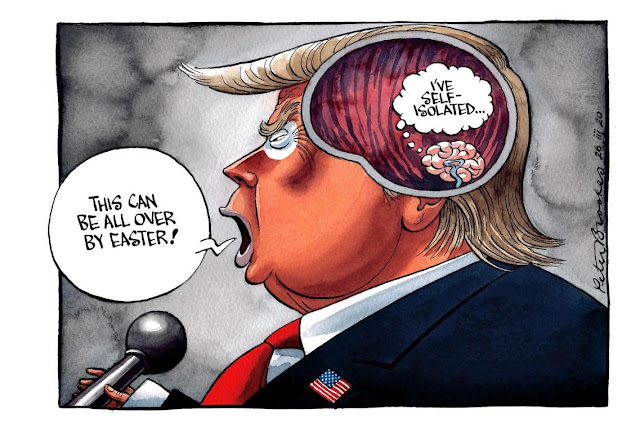 Alexander Hamilton forged the US debt union after the Revolutionary War. Will Germany agree to play the role of rich Virginia?

The pandemic has turned into a treacherous asymmetric shock for different nations of the eurozone.

The strong economies will emerge yet stronger in relative terms. The weak will emerge much weaker. The yawning gap between North and South risks becoming a chasm.

Germany is committing €1 trillion to preserve its industrial and economic core. It is guaranteeing €550bn of corporate debt through the KfW state bank. It is tearing up state aid rules to allow €100bn of equity injections. It is providing €50bn for small business and freelancers. The package amounts to 30pc of GDP.

Italy cannot risk such steps. Direct fiscal measures are a skinny €25bn. This may soon increase but the burden rests on very weak shoulders.

The country has issued guarantees of up to €350bn for banks and loans to avert a credit crunch. This further entwines the "sovereign/bank doom loop" from 2011 - only ever in remission, waiting for the next crisis.

“It is every man for himself. Those that have got ammunition are using it but others can’t and European measures are very limited,” said Lorenzo Codogno from LC Macro.

Goldman Sachs expects Italy’s economy to contract by 11.6pc this year. Borrowing will explode. The debt ratio will blow through 150pc of GDP in short order - uncharted territory for a sub-sovereign borrower with no monetary or exchange rate levers under its own control, and with a banking system trading at distress levels even before the pandemic hit.

Nor can Spain, Portugal, Greece, or Cyprus afford to spend their way through the crisis, and all are being devastated by the collapse in tourism. Goldman thinks Spain’s economy will contract by 10pc this year and the debt ratio will jump 22 percentage points to 120pc of GDP.

The euro will be unworkable if Club Med nations emerge shattered from Covid-19, their industries broken, again facing mass unemployment before they have recovered from the austerity overkill and debt deflation of the last decade. EMU narrowly survived one depression in Southern Europe. It will not survive two.

“This is a very dangerous moment for Europe. Italy’s GDP is still 5pc below 2008 levels and now it is being hit by another shock that could take ten years to recover from, “ said Codogno, who was chief economist at the Italian treasury through the last crisis.

The northern creditor states face their “Hamiltonian” crunch moment. Will they finally do what Virgina did in 1790 when it agreed - as the richest of the 13 states - to pool the legacy costs of the Revolutionary War and establish a US federal treasury with expansive powers? Will they bite the bullet on fiscal union? Will the "frugals" and "Hanseatics", and above all Germany, at last face up the implications of monetary union - so stubbornly resisted for two decades?

Not yet, apparently. Eurogroup finance ministers talked of yet more loans at their crisis meeting on Tuesday night. Just shovel more debt on debtor countries, and delay.

“They are making the same serious category error as they did in the Greek crisis in 2010. They are treating an insolvency crisis as if it were a liquidity crisis,” said Yanis Varoufakis, the former Greek finance minister.

The Eurogoup gave a nod to precautionary credit lines worth up to 2pc of GDP for each country, coming from the EU bailout fund. The four hardliners - Germany, Austria, Finland, and Holland - waived the usual tough conditions, reportedly after much grumbling.

No Italian leader could possibly accept a troika-like subjugation to EU fiscal commissars in the current harrowing circumstances, as Italy’s doctors and nurses try to hold the line for all Europe -  after receiving zero help when they put out a desperate plea for protective gear and ventilators.

EU leaders will discuss "coronabonds" later this week but German resistance to joint debt issuance appears insurmountable. Chancellor Angela Merkel might have been able to ram through such eurobonds - despite earlier “over my dead body” pledges - were she still at the height of her powers. Germany has since changed. The anti-euro AfD party chairs the budget committee and is the official opposition in the Bundestag.

“She is much weaker today and her own CDU/CSU party is bitterly divided. Even if she tried, it would not be sustainable,” said Ashoka Mody, a former IMF bail-out chief in Europe.

Germany’s top court has already warned that eurobonds would require a change in the country’s Basic Law - fiendishly hard. As always in EU politics, ideologues are pursuing their own Monnet agenda: exploiting Covid-19 to advance federalist integration by means of crisis without clear democratic consent. Berlin is right to mistrust that sort of constitutional legerdemain.

Once again it falls to the European Central Bank to save the project but this time the context is more toxic. Christine Lagarde’s €750bn blast of QE is nothing like Mario Draghi’s "whatever it takes" promise in 2012. His plan was co-crafted with Germany’s ECB board member, and backed by the German finance ministry. Lagarde shot from the hip and pushed through her plan against the protest of key ECB governors.

Markets noticed that she failed to secure backing for crucial technical changes (the capital key and the 33pc rule), which leaves her on legal thin ice as QE picks up. Hawks have a means of throwing a spanner in the works. Bond traders are watching this institutional soap opera closely and will undoubtedly test Lagarde.

Mody says the problem is taking on a character that is too intractable even for the ECB to handle. “Look at Italy. It has all the pathologies: high debt, decrepit banks, low long-term growth, and now an enormous shock,” he said.

Acting as a lender-of-last resort for the country - though vital - does not conjure away the deeper issue that Italy requires a huge devaluation and a debt restructuring to break out of the contractionary spiral and restore lost viability. “How much of Italy’s debt is the ECB going to keep buying. A quarter? Half? Three quarters? At some point the system cracks,” he said.

Lagarde may be a lawyer but she plays fast and loose with EU law. Otmar Issing, the ECB’s first chief economist and the euro’s "godfather", fired off a thunderous rebuke this week, accusing the body of acting ultra vires.

He alleged that QE was being misused to carry out a stealth bailout of insolvent states in breach of Article 125 of the Lisbon Treaty. The ECB is usurping the spending prerogative of elected national parliaments. It is being too clever by half.

Issing is the high priest of orthodoxy in Germany. He is implicitly stating that the ECB is no longer the legitimate heir of the venerated Bundesbank. His intervention is political nitroglycerin.

Yanis Varoufakis says Covid-19 has again exposed the dysfunctional structure of EMU and set in motion catalytic events. “A political clash is unavoidable. Not even centrist politicians in Rome can acquiesce any longer,” he said.

The Greek socialist said he had always tried to keep the European faith - even in his worst clashes with Brussels - but has finally given up. “I don’t think the EU is capable of doing anything to us other than harm. I opposed Brexit but I have now reached the conclusion that the British did the right thing, even if they did it for the wrong reason,” he said.

Europe’s major powers - and above all a split Germany - can no longer keep fudging the core issue. Either they buttress monetary union with fiscal union, legitimised by sweeping changes to EU treaty law and national constitutions, and implying large fiscal transfers for decades to come - or they must expect EMU to unravel.

Half-baked responses and monetary acrobatics of questionable legality no longer suffice. The pandemic has brought matters to a head.


*A terrible book, by the way. Don't be tempted to buy it, unless you're a very religious Protestant.
Posted by Colin Davies at 10:30 am

Give the youf a set of ear phones. You get a respite & he develops tinnitus; win - win.

Christine Lagarde should take heed of the final fate of Alcibiades, who changed his political allegiance several times.