Spanish life is not always likeable but it is compellingly loveable.*
The Coronavirus: A Less Negative Take
Life in the Time of Something Like Cholera 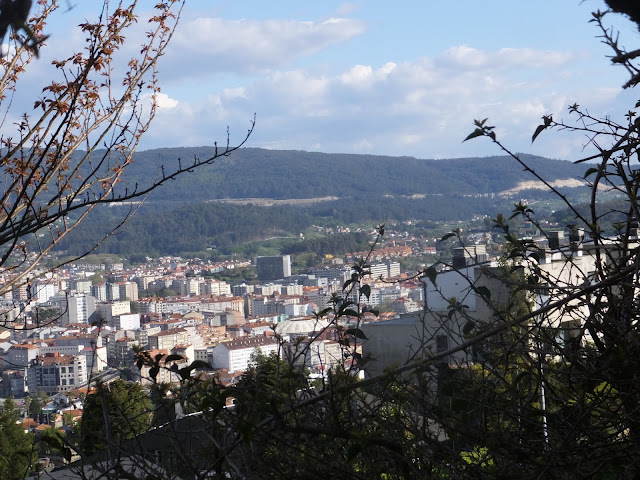 BTW . . . I'm not sure of the rationale for this ring road, as we already have the AP9 running around the city. But the new road will, at least, allow rapid access to our major hospital, on the distant hillside. Behind the tree on the left.
The UK

The USA
Nutters Corner
Spanish
English
Finally . . .
* Christopher Howse: A Pilgrim in Spain [A terrible book, by the way. Don't be tempted to buy it, unless you're a very religious Protestant.]  BTW . . . I've moved this comment from the top of the page in belated honour of my close friend, Peter Missler/Alfred Mittington, who passed away - prematurely - in January. He complained about  it - in his blunt Dutch way -  more than once.
Posted by Colin Davies at 10:34 am