According to one study, four-fifths of people admitted to hospital with the coronavirus are obese or overweight. Fat people’s blood is 'stickier', meaning it clots more quickly in the lungs. The diaphragms of fat people are pushed up by belly fat, so they are literally suffocated by their own flesh, as they struggle for air. Fat leeches into their organs, compromising immunity. If this is true, I wonder whether analysis will ultimately show a statistically valid correlation between deaths and national obesity rates.

The roll-out of the vaccine doesn't seem to be efficient in France, Spain nor - of all places - Germany. The UK is doing better but did, of course, have a head start of more than 2 or 3 weeks. Maybe more. See here on this.

For Germany, one factor seems to be the decentralised nature of the healthcare system. Something that, ironically, served it well with the track and trace challenge of early last year. This factor is relevant for Spain as well, where the regions - to whom healthcare is devolved - are said to be performing differentially. And few impressively.

Although it's constantly cited ad a justification for repeated lockdowns, I don't believe the absolute number of deaths is the principal concern of governments around Europe. It's far more likely to be the political fallout from the collapse of the healthcare system for causes attributable to them. In the UK, for example, the looming collapse is really down to the reduced numbers of healthcare personnel, not to inadequate hospital facilities. And this reflects cutbacks over recent years and the more recent failure to provided adequate PPE. Governments don't ban cars or close roads, for example, simply because of deaths. And they don't invest in reducing these unless and until an acceptable ratio to cost is exceeded. Así son las cosas.

Some beautiful snow scenes around Spain from El País. We might have to wait another 50 years to see the like again. Possibly 500.

Up here in the North West, we've escaped the snow, if not the cold. At least along the coast, though it's fallen in the mountains, near Lugo for example. But it always does up there.

For those new to driving in Spain - no, not roundabouts - I need to repeat that, when you get tyres replaced here, they'll always be over-inflated. And perhaps not to the same excessive level. Of the two I got last week, one was over-inflated 25% and the other 50%. Not good for wear. And possibly dangerous. 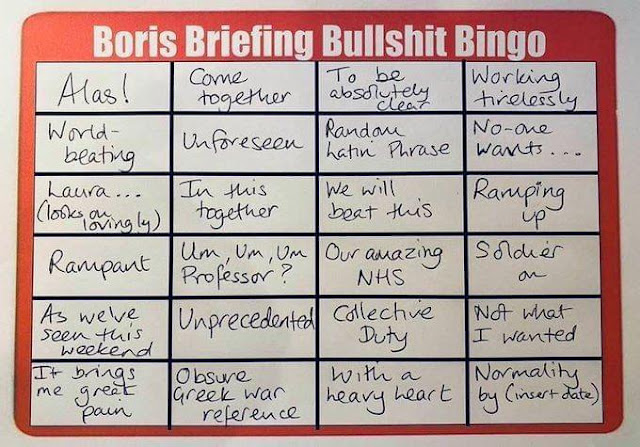 I knew that California had once belonged to Mexico but didn't know it was Spain which had in 1532 entered what's now called California. And then proceeded to claim and ‘acquire' the land and to eradicate all its numerous Native Indian tribes, so as to create New Spain. Later to become New Mexico, before it was lost to the USA. (Never a colonial power, of course. Other than on a vast, continent-wide scale. That’s apparently morally different from cherry picking in Africa or Asia.)

I haven't posted any of these for a while and can't recall where I was up to with the lesser-known ones. Hope these aren't repeats:-

- He that would have the fruit must climb the tree: El que algo quiere, algo le cuesta

I understand that nobody is under any obligation to know everything- particularly aspects of history that are not terribly relevant to one's being - but where, if not from Spain, could Mexico have posssibly inherited California? The Spanish empire - which is often, probably quite deservedly, maligned - extended right up to Washington State on the Pacific Coast. And at one stage, when it included all of French Lousiana, put together with its other posessions, meant it encompassed more than half of the territory of present day US. Utterly devoid of any significance nowadays. Except for the extermination of indigenous peoples.

I'm not sure I understand your point. I didn't say or - I thought - implied that Mexico got New Spain/California from any other country than Spain, - relabelling it New Mexico - before later losing it to the USA, after the latter, as I recall, had provoked a war to get it. My point was that Spain was active very early in North and South America. Or I meant it to be that, anyway. Perhaps I needed to spell it out more clearly so that it could not be misinterpreted.

Cada uno sabe donde le aprieta el zapato, translates as 'If you want something, it's going to cost you'. Neither versions seem relevant to me, especially the original English refrain, 'He that would have the fruit must climb the tree', is not one I recognise. OTOH, El que quiera tener el fruto sin dificultad, debe plantar el árbol sobre portainjerto enano, appeals to me as a pragmatic Englishman.