After 16 years, Spain's national, regional and local holidays remain a mystery to me. Here's El País on the subject (in English),where it's noted that we've just enjoyed a virtual nationwide shutdown for 9 days. Frankly, this seems to me to apply to most of December. As it does in the UK, I suspect. Though less officially there.

If you want to know (a lot) more about anti-Americanism in Spain, click here. I suspect reader María is right about most young Spaniards having no knowledge of the 1898 colony-seizing war initiated by the USA against Spain. The other factors now predominate.

When I was young, librarians used to put a date-stamp on a page pasted in the front of the book you were borrowing and then did something with a tab from a small pocket also pasted there. It was very simple, efficient and quick. This week, at the Pontevedra library, I had to produce my plastic library card or - when I couldn't immediately find it - cite my ID number. Then the librarian did something on a computer and handed me a slip of paper with a return date stamped on it. Which I proceeded to use as a book mark and then promptly lost. If I fail to return the book by whatever day it was, I'll lose borrowing privileges for at least 2 weeks. In the bad old days, they just fined you according to how late you were. Much more profitable. Assuming the librarian didn't pocket the cash. Doesn't look like progress to me. But I shouldn't grumble, as we do still have a library. And silence is still the norm there. Back in the UK, kid-oriented, noise-filled libraries are disappearing hand over fist, as councils make ever more economies. While national GDP continues to grow handsomely.

The UN Resolution on Aleppo was quickly deemed papel mojado by El País. Literally 'wet paper' but really meaning 'not worth the paper it's written on'. This got me thinking about the verb mojar. Here's some usages, though I can't swear they're all current here in Spain, as opposed to bits of South America:-

As I was waiting to join a roundabout last night, an oncoming car not only used the correct indicator but also got into the right lane - the innermost - before executing a U-turn. Mind you, the driver was a member of the Tráfico department of the Guardia Civil. Nonetheless, I was astonished. Shame I didn't have my dash camera on. I might never see it again.

Finally . . . Google suggests the daily hits to this blog are at least 1,500. I have long had serious doubts about this and have tried to ensure, for example, that Russian bots are excluded. Yesterday, I decided to see what sites, if any, linked to my blog. On the page I went to, these pages came up as 'similar sites' to mine, leaving me wondering if this was the explanation for the large number of visits from Russia:-

But, then again, would Russian men really be going to sites in English? Oops. Sorry about the lack of trigger warning for the easily offended. 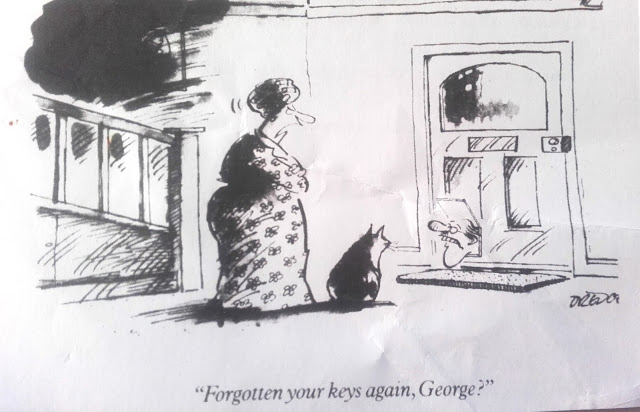 RIP: The journalist A A Gill has died of the cancer he revealed a couple of weeks ago. I will seriously miss him.
at December 11, 2016