Spanish life is not always likeable but it is compellingly loveable.
Christopher Howse: A Pilgrim in Spain
Spanish Politics
Spanish Life 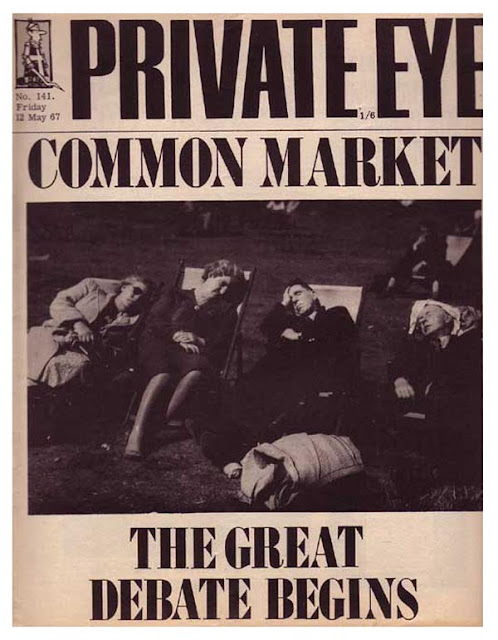 * A screw top in place of the traditional cork. Common practice in Anglo markets for many years now. And considered by many there to be superior. At least it avoids corking.

Blick Mead lies just a mile away from the Wiltshire stone circle, and experts have uncovered more than 70,000 stone tools at the site, as well as an intriguing ceremonial platform suggesting the area held ritual importance for prehistoric hunter-gatherers who lived there 10,000 years ago.

Although hunter-gatherer populations rarely settle in one place, Professor David Jacques of the University of Buckingham, believes the site may have been a permanent encampment where at least the children, elderly and sick lived.

“When you look at Stonehenge you think, ‘but where are the people?’” said Prof Jacques. “It makes sense that if you want to find the people who built it, the obvious idea is to look for where the water is.

“At Blick Mead we found shed loads of stuff. Up until 2006 only 30 finds had ever been recovered from this period at any one site, and now we’re up to more than 70,000, so it’s been a total gamechanger. We’re talking about a very small area that people were coming to again and again and I think it was probably some sort of permanent settlement, so all our ideas of how hunter gatherers move around in dispersed communities needs to be revised. This makes Stonehenge more interesting because it gives it a longer history, linking it back to people from the Mesolithic. Blick Mead really is the cradle of Stonehenge.”

Today Blick Mead is a small watercourse, but in the Mesolithic period it was at the centre of a flood plain, and a huge river ran through the site, providing reliable water throughout the year. A rare algae called hildenbrandia also grows in the spring, which turns stones red, adding to its magical appeal.

Archaeologists digging for Mesolithic remains on the Blick Mead site
And at a time where most of Britain was covered in a dense forest, pollen samples from 8,000 year old laters show it was open country in which supersized extinct cattle called aurochs roamed.

Archaeologists think that ancient Britons settled in the area because it was where the aurochs were, and they regarded the animals as sacred as well as crucial for food. Just one male bull would have fed 300 people and soil analysis from 8,000 year old Mesolithic layers shows spores from fungus that grows on the dung of cattle.

Aurochs skulls and bones were also placed deliberately in ditches at Stonehenge, suggesting that its builders held the animals as sacred, and provides a link between the people of Blick Mead and the monument builders of the megalithic monument.

The results from recent excavations are presented in a new documentary, Lost Cities, for the National Geographic channel.

Scientist and presenter Dr Albert Lin said: “If there was a lost city of Blick Mead if would have been made of timber which has now rotted away.

“Blick Mead was an important place where the early humans that roamed here, maybe even one of the first manifestations of a human city. Makes sense. A river for transport, for fish, a landscape perfect for hunting big game. Aurochs were sacred to the people of Stonehenge and Blick Mead. Perhaps Blick Mead was one of Europe’s first cities.”

Ground penetrating radar recently picked up evidence of a 30ft structure beneath the ground at Blick Meade which when excavated this summer was found to be made from carefully placed flints. And beneath the platform was a perfectly preserved set of aurochs footprints.

“It’s like a jetty and I think it had multiple uses,” said Prof Jacques. “It has a gentle slope down to the water so it would have been useful to pull up a boat. But the interesting thing is it’s made of stone. Other examples of platforms from this time are made of wood, so this suggests it had an air of permanence. I don’t think it’s all about the practical. I think the surface is a focal point for worship, a sacred surface that predates Stonehenge by about 2,000 years and placed to run alongside the waters edge. The hoof prints could well be like a relic in a cathedral and they are trying to imbue the surface with the qualities of the aurochs. Just this month we have found another occupation layer beneath it so it goes back even further.”

Dr Jacques believes that Stonehenge may represent a god in the landscape and was probably built after early farmers from continental Europe met up with hunter gatherers from Blick Mead and merged the two cultures.

But the site is in danger from plans to build a tunnel beneath Stonehenge which could harm areas waiting to be excavated.

“We’re right in the firing line,” added Prof Jacques, “The tunnel will run just five metres from one of our trenches.”

Research published in the journal European Psychiatry this week argued that narcissists tend to be happier than the rest of us. In addition to the egomaniac’s inflated sense of self-worth, they may also lay claim to a mental robustness shielding them from anxiety and depression.

I was reminded of the moment some years ago when I reached the end of the money I could afford to spend on therapy. As we said our farewells, my psychologist handed me a page photocopied from the standard psychiatric manual. “We’re not supposed to do this,” she said shiftily, “but it should help. This is about Narcissistic Personality Disorder (NPD) – aka, your mother. Anytime you don’t understand what’s happening in your relationship, read this.” This week’s findings might explain why I was an emotional cripple, while she strode on resplendent.

My mother is dead now, alas, whether or not this diagnosis in absentia was accurate. Moreover, 15 years on, society at large has caught up and it might now be rather difficult to define someone as having NPD rather than merely being normally narcissistic. For we live in an age in which red-hot self-love has become so routine as to barely raise an airbrushed eyebrow.

Ours is an era of selfies and influencers, shamelessness and over-share, and of what Elizabeth Hurley would once have termed “civilians” disporting themselves as if they are celebrities. Why, even self-effacing 19th century recluse, Emily Dickinson has been repackaged as an egomaniacal motivational ‘gramm-er complete with Insta-ready hair for Apple TV’s new streaming service.

Not only is our technology a vehicle for pouting self-promotion, it is the means via which our every self-obsessed whim is identified, then satisfied. Within minutes, services such as Deliveroo can whisk our culinary cravings to our doorstep, Net-a-Porter some Instagram-worthy new outfit, while a host of apps are available to summon up sexual partners within cabbing distance, pre-vetted for the acts they are prepared to provide. Even our desire to learn about the past is mediated via genetic analysis services. Think: 23andMe, Me, Me.

If one wants a symbol of how narcissism became the new normal, one need only look at weddings. An octogenarian friend describes how she and her husband put on their Sunday best, then rode a bus into town to get hitched, returning to a cup of tea. In contrast, a recent survey put the average cost of a British wedding at £30,355, given the happy couple’s pressing need for designer togs, caricaturist and croquembouche – plus those all-important dance lessons so their first nuptial number goes viral. Weddings are no longer public expressions of private emotion, they are vainglorious spectacles replete with couple branding.

Back in the late 1960s, the notion that the personal was political felt radical enough to become one of the hipper student mantras. Today, politics feels almost exclusively personal, the upcoming election a question of whether one is pro-Boris, a Cobynite, or down with the Lib Dem slogan “I’m with Jo.” Meanwhile, the search “Donald Trump narcissist” garners 4,440,000 results, debate merely concerning whether the guise he exhibits is “pathological” or “malignant”.

American academic, Dr Jean Twenge is the author of Generation Me, The Narcissism Epidemic, and iGen, working from a dataset of 11 million members of “GenMe” (millennials and Generation Z). For Twenge, narcissism is no less than our great societal “plague”. The causes identified are legion: helicopter parents raising “royal” snowflakes, the cult of celebrity, the spread of technology, easy credit – adding up to a contagion with catastrophic cultural effects.

Cambridge psychologist Dr Terri Apter, author of Passing Judgment: Praise and Blame in Everyday Life, cautions against stereotyping ourselves as the most narcissistic society of all time. “The idea that we are becoming ever more narcissistic pre-dates millennials and Gen Z,” she tells me. “In 1979, the cultural historian Christopher Lasch wrote a best-seller in which he argued that what would have been called clinical narcissism was now normalised and that the roots reached back to the 19th century, with the growing use of technologies that most people did not understand. To escape these threats to our value, people turned away from the reality of their personal limitations, and sought refuge in the narcissistic mindset: I can do everything, be everything, and take centre stage. Does this sound familiar?”

Henry VIII: "Self-admiration was once largely confined to a cultural elite who could fill their walls with self-portraits" Credit: Hans Holbein the Younger

It does. Still, narcissism has certainly been democratised, with Google reporting that its Android devices take some 93 million selfies per day. Such passionate self-admiration was once largely confined to a cultural elite who could fill their walls with self-portraits, and were not prevented from parading their finery by class-bound sumptuary laws.

Now we have gone from the sublime to the ridiculous with some Instagram influencer giving great hairband usurping Henry VIII giving great codpiece. Henry VIII changed the face of Britain and Europe. Ms Prada Headpiece’s ambitions are more social media followers and free gear. Still, perhaps his endeavours to shore up a young dynasty and her attempts to earn a living differ only in scale.

Regarding scale, the most widely used measure of narcissism as a personality trait is the Narcissistic Personality Inventory [NPI], developed by Raskin and Hall in 1979 – readers can assess their own levels at psychcentral.com. I am (modestly) proud to say that, at 13 out of a possible 40, I emerge as banally average. That said, I do feel rather pleased with myself about scoring no points for vanity. As Dr Apter makes clear: “We all need some narcissism to get by. We need to feel admired and special, and we get that from parental love.”

Besides, more hardcore narcissism isn’t only enjoyable to the monster in question. Narcissus must have his Echo, the Kardashians their viewers. Whether we watch in adoration or a state of rubber-necking horror, at least narcissists never fail to prove entertaining.
at November 04, 2019