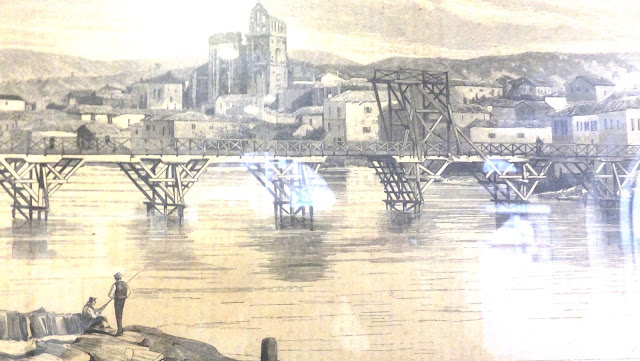 It's impossible to take a foto from anything like the same spot today but here's a valiant attempt:- 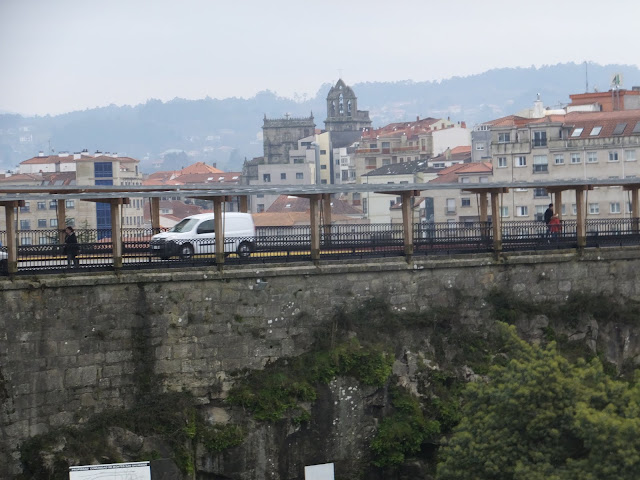 Am I being fanciful to suggest that it's still possible to see the large white house of the original print?

And here's a foto taken from said A Barca road bridge, showing one of the stanchions of a more recent railway bridge, long abandoned to the elements:- 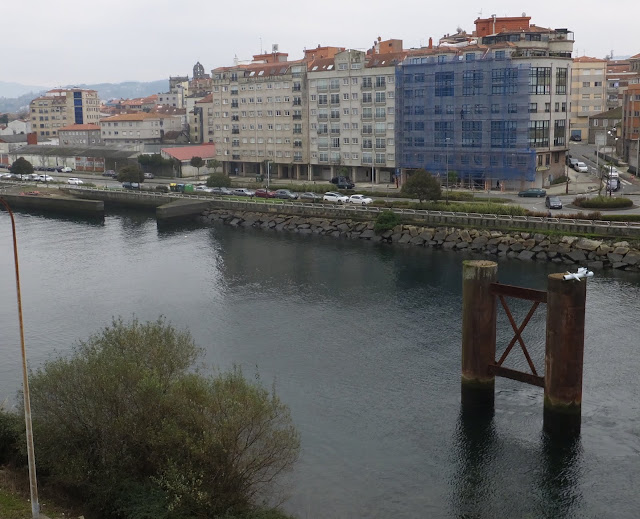