Spanish life is not always likeable but it is compellingly loveable.
- Christopher Howse: A Pilgrim in Spain [A terrible book, by the way. Don't be tempted to buy it,     unless you're a very religious Protestant.]


Note 1: By the time you read this, I'll either be on the road, in jail or back at the flat in Jávea. Which is one of possibly thousands in the town which aren't currently occupied. So, here's the post I wrote last night . . .

Note 2: I'm indebted to Lenox Napier's Business Over Tapas for one or two of today's items. 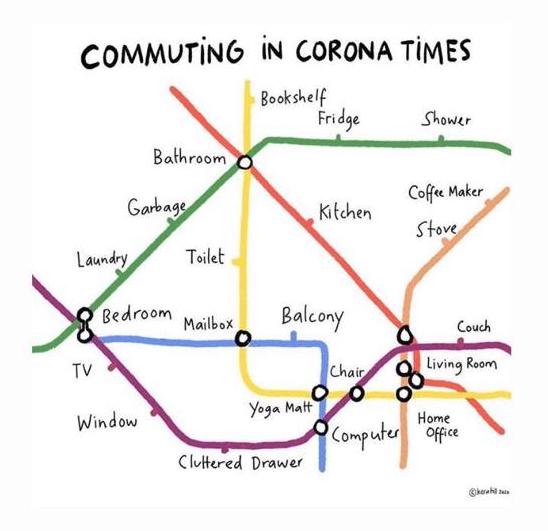 Life in the Time of Something Like Cholera
- A male prostitute, for leaving home to look for work. (I thought this was one of the exemptions.)

- A chap who took a kid goat for a walk.
- Another guy who took out a Vietnamese  pig, and
- Someone who thought they could get away with a canary in a cage.
UK
Spanish
Finally . . . Some bathos.
The lyrics:-

The Minstrel-Boy to the war is gone,
In the ranks of death you'll find him;
His father's sword he has girded on,
And his wild harp slung behind him.
"Land of song!" said the warrior-bard,
"Tho' all the world betrays thee,
One sword, at least, thy rights shall guard,
One faithful harp shall praise thee!"

The Minstrel fell!—but the foeman's chain
Could not bring that proud soul under;
The harp he lov'd ne'er spoke again,
For he tore its chords asunder;
And said, "No chains shall sully thee,
Thou soul of love and bravery!
Thy songs were made for the pure and free,
They shall never sound in slavery."

Wiki adds: During the American Civil War a 3rd verse was written by an unknown author, and is sometimes included in renditions of the song. Not as lyrical but valid:

The Minstrel Boy will return we pray
When we hear the news we all will cheer it,
The minstrel boy will return one day,
Torn perhaps in body, not in spirit.
Then may he play on his harp in peace,
In a world such as heaven intended,
For all the bitterness of man must cease,
And ev'ry battle must be ended.

Here in Spain there is martial law in all but name – surely the British wouldn't put up with it: Alexander Fiske-Harrison, Jimena

It was when they taped off the children’s playground on the Plaza de la Constitución, as though it were a crime scene, that we knew the rumours were true.

All that Saturday the streets had been empty of people save the town’s ex-pat population as the Spanish government debated at every level – local, provincial and national – about what would put on ‘lockdown’ and how. I came down from my balcony to investigate as the local police pinned a notice to the swings, reading “Proclamation: Preventative Measures for the Protection of Citizens against the Coronavirus”, written in the name of the Mayor, and followed by a list of closures ranging from the municipal library to the 12th-century Moorish castle which stands guard over our Andalusian hilltop town.

Knowing that more was sure to come we stayed at Bar Pastor until closing time. The next morning we woke up to find the police sealing that bar, and all the others. It had begun.

At first it seemed a jolly affair, bumping into friends in the little shop next door to our apartment, chatting to a couple of Irishmen who were stocking up while speculating about speakeasies. However, with more than 1,350 residents over 65 in a town of 7,000 citizens, there was a feeling of dread in the air as well.

The next day I wandered down the hill to the supermarket, outside which a strange open-air waiting room had formed. The establishment had instituted a ‘one in, one out’ policy, and the customers stood silent and equidistant around the entrance, swaying slightly in the Levant wind like a scene from a film about the undead.

Inside the shelves were well-stocked, although with the apparently compulsory gaps in the toilet paper aisle. (However, Jimena is not a rich town at the best of times, so the quilted loo roll remained untouched.)

The local police and the Guardia Civil – the paramilitary national force – patrolled, but in a good humoured manner, despite the use of loudspeakers on the roofs of their 4x4s to tell us to remain indoors unless seeking medical assistance or performing a necessary duty.​

Fortunately our apartment is large and airy with pleasant views beyond Gibraltar to the Atlas Mountains due south, and up into the 650 square miles of cork oak forest that form Los Alcornocales Natural Park to the north. My fiancée Klarina not only has a dog – which we are allowed to walk, albeit one at a time – but as a professional polo player, she also a breeding herd of horses which must be tended to every day at her club down the road. So our house arrest did not seem an imposition at first.

However, the tone of the confinement has quickly changed. After their initial friendly demeanour, the authorities of the state have hardened their stance.

On Tuesday I tried to combine a perfectly legal visit to a pharmacy with some exercise. The Guardia Civil, noticing me jogging in the street, swung round their vehicle to cut me off. Two officers leapt out, hands on their Glocks.
“Where are you going?”
I opened my bag full of analgesics, antacids and antihistamines in response.
“Where do you live?”
“Plaza de la Constitución, señor.”
“There is a closer pharmacy than this. Are you trying to kill us all?! This time I’ll let you off, but next time I’ll fine you 100 euros and the time after that I’ll send you to prison.” He banged his wrists together, the universal sign language for manacles, for emphasis. “Now, walk home, do not run. Running is now illegal.”

When I got home and scanned the Spanish press I discovered that very day a 36-year-old Guardia Civil officer with no prior health conditions had died. I took the point, even discounting for the Spanish melodrama.

Talking to my father back in England – 80, a year on from heart surgery, but still at his office in the City – I sensed both the nonchalance I expected from him, but also a sense that such a measures were simply not feasible at home. After all, if the UK rejected ID cards as un-British, what would they do with martial law in all but name? Such things are viewed as what one does on the Continent, not in Great Britain.

There is no denying history has a part to play in this. On Thursday the old lady opposite began crying for help from her window. I telephoned the police. It transpired that she had been told she was not allowed out “by law” and her grandson had overslept on his siesta making her fear for the worst. Having grown up in the authoritarian Spain of Francisco Franco, she believed that to disobey the law was simply not possible. Given that the castle on the hill is flanked by a mass grave dating back to her childhood, I sympathise.

In Andalusia there are still barely 1,000 confirmed cases – just 5% of the nationwide total – and a third of them are in the travel hub of Malaga. The main damage has been economic. The Easter Holy Week and April Ferias of Seville have been cancelled, at a reported cost to the local economy of €1.3 billion.

As an author, I personally, for the moment at least, am beneficially affected. Not only am I forced to spend more time on the computer and less time hiking the old bandit trails that criss-cross the landscape, but am given a rare insight into the subject matter of my next novel, which is set here during the plague of 1600.

Strikingly, for the first time since then that controversial archetype of Spanish identity, the bullfights, have also been cancelled. A matador friend, Eduardo Dávila Miura, messaged me: “What a mess!!! Stopped. All stopped.” Whatever ones view on the morality, his industry employs a quarter of a million people.

Of course, the stated plan was to reopen everything a week on Monday, but that seems increasingly unlikely to us here in Spain. We continue to look to Italy for our future and there they speak not only of extending the confinement but strengthening it, banning any citizen on the streets unless they are being carried by an ambulance or a hearse.

Klarina’s own business, Polo Andalusia, has been suspended, with clients ranging from bankers to the British Army cancelling. We hope it will reopen before the summer ends, and without a need for too much discounting, for otherwise the first casualty for us will be the sale of our horses. Although, if we are confined to the apartment entirely, as seems possible, it may be the dog who creates the first problems.